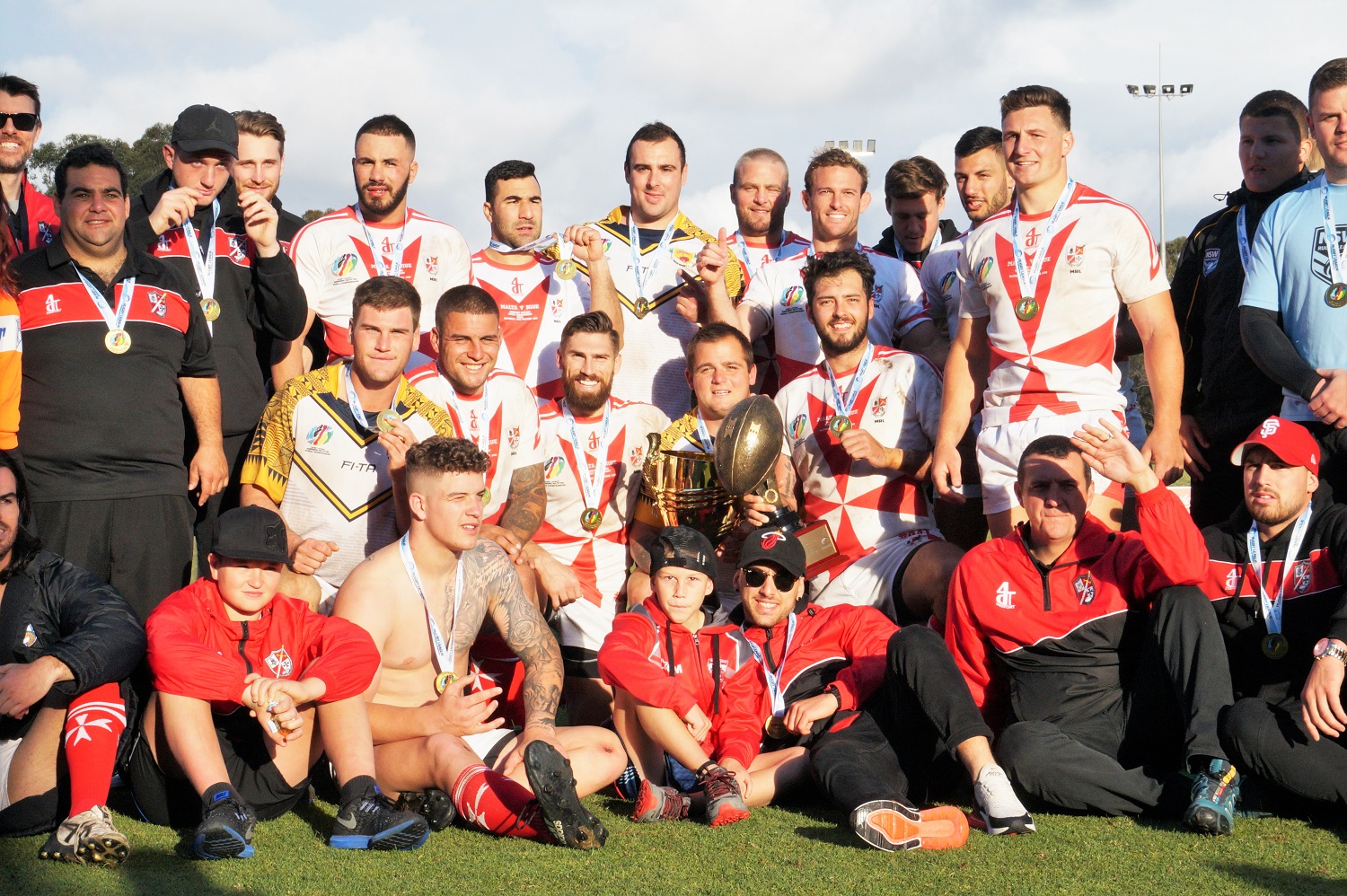 Malta are the winners of the 2018 Rugby League Emerging Nations World Championship, defeating Niue 24-16 in a fitting grand final.

Niue got the best of Malta in their previous encounter the tournament, winning 26-16, though Malta added London Broncos halfback, Jarrod Sammut, to their roster for this clash.

Both teams opened up the game through some solid sets, Niue would get the first points on the board through Justice Utatao.

Zeb Luisi sent a beautiful kick over to his winger, who caught the Maltese wingers off guard and planted the ball down to give Niue their first try.

Eddy Paea made no mistake from the left edge to give Niue a 6-0 lead after 5 minutes of play.

Malta hit back after some sustained pressure down in Niue’s end of the field, with Jarrod Sammut slicing through the defense to score right under the posts.

After playing in Canada and leading the London Broncos back into the UK Super League just last weekend, Sammut flew back to play for Malta and it would reap the rewards, converting his own try to tie the game up at 6-6 after 15 minutes.

Jarrod Sammut sparked an attacking raid yet again, earning a penalty and Malta would take full advantage of it.

Malta spread the ball left, with Kyle Cassel getting a great offload back behind him to Emmanuel Rodriguez and supplying the ball to Nathan Benson to score on the left edge.

Sammut missed his second attempt to leave Malta with a 10-6 lead after 26 minutes.

Niue had their chances to hit back, but the desperate Maltese defence held strong to frustrate Niue.

It would come back to bite Niue, with Eddy Paea sent for 10 minutes in the bin with his involvement in a scuffle 7 minutes before half time.

Malta could not take advantage of the extra man advantage, with Niue hanging on to be down 10-6 at the break.

That would not be the case after the break though, with Malta getting the first points of the second half.

Jake Attard kept the ball alive with an offload and Jono Dallas sent Nathan Benson over for his second try of the day.

Jarrod Sammut missed the conversion to leave Malta with a 14-6 lead after 45 minutes.

Niue hit back straight away, with Eddy Paea sliding the ball down the left side to Christian Ulukita, sending the ball to Justice Utatao, who flicked it back inside to Ulukita for the try on the left edge.

Paea would miss the kick, leaving the game poised at 14-10 with 30 minutes left.

Jono Dallas ended up with his name on the scorecard, with a huge dummy from the Maltese 6 sending Niue into dreamland.

Dallas sliced through the open gap he made to score for Malta and crucially extend the lead past a converted try.

Jarrod Sammut converted his attempt to make it 20-10 with 20 minutes to go.

Malta went back to back, with Jake Attard taking advantage of some lazy back pedaling by Niue to barge over from 10 metres out.

The replay would make it look awfully close, but the referees had no issue pointing to the spot.

Sammut missed his conversion attempt to leave it at 24-10 for Malta, with 15 minutes left for Niue to mount a comeback.

Niue managed to put some pressure on the Maltese defence once they had field possession, and George Lolo would score right next to the posts to give Niue a sniff as time was running out.

Eddy Paea took very little time to convert the kick, leaving Malta with a 24-16 lead and a very vocal Niue crowd was willing on their boys.

Niue tried everything, with a hot potato play nearly sending them through, yet an offload from Schaumkel would see Jake Attard fall on the ball to snuff out that chance with 5 minutes left.

Play got rather physical late in the piece, with Ben Stone running half the length of the field to try and close the game out.

Wes Lolo would catch the second rower and work him over for good measure to have both teams come in from all areas.

It would give him an early mark, as well as his brother in George Lolo going for a sin binning.

Jake Attard came in as a third man to provoke the scuffle and was sent to the bin for his troubles.

Malta went for a last gasp play to rub salt into the wounds of Niue, with Paea knocking the ball away and the full time siren sounded.

Malta ended up taking out the game, and the Rugby League Emerging Nations World Championships with a 24-16 win over Niue. 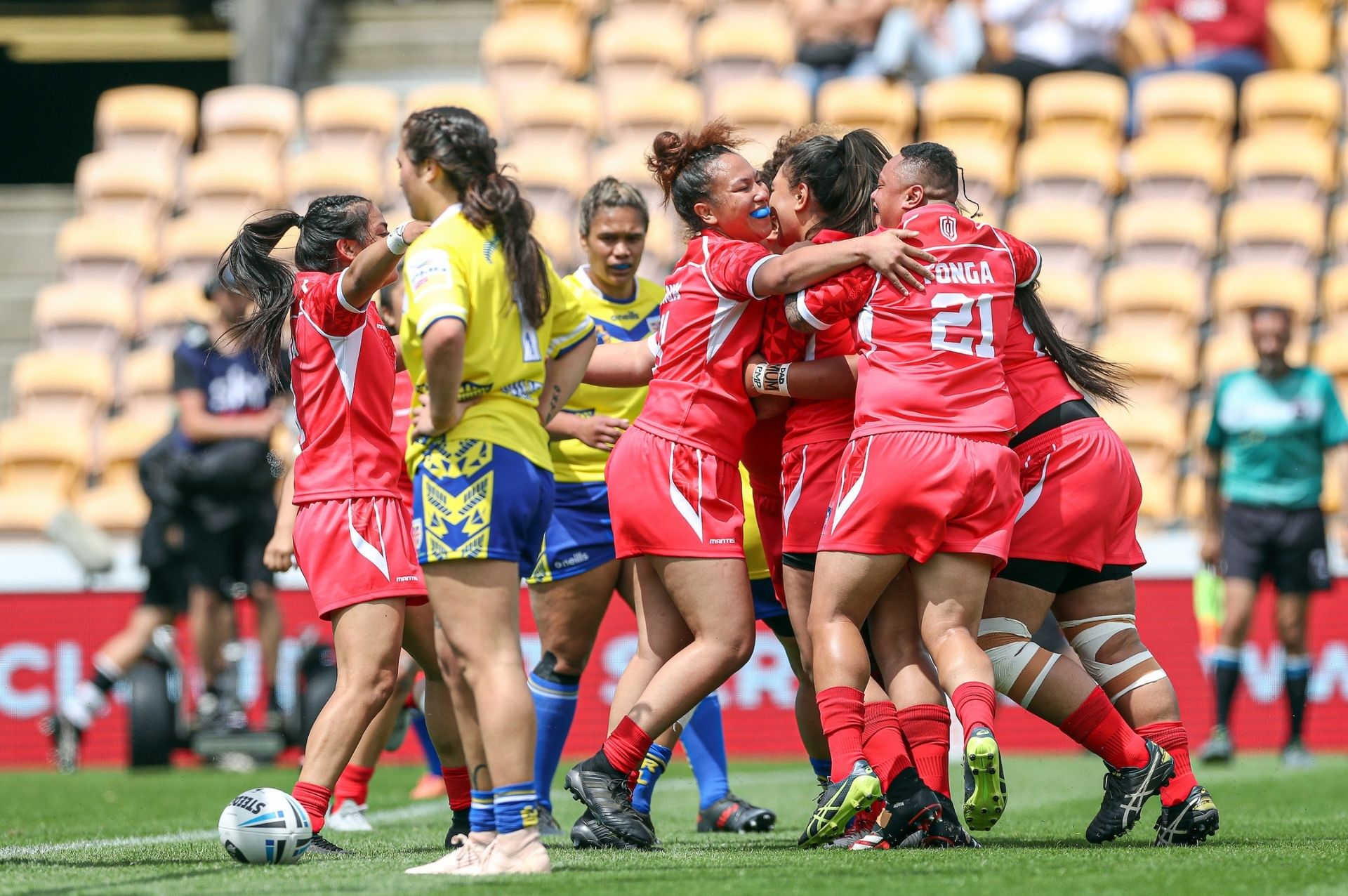