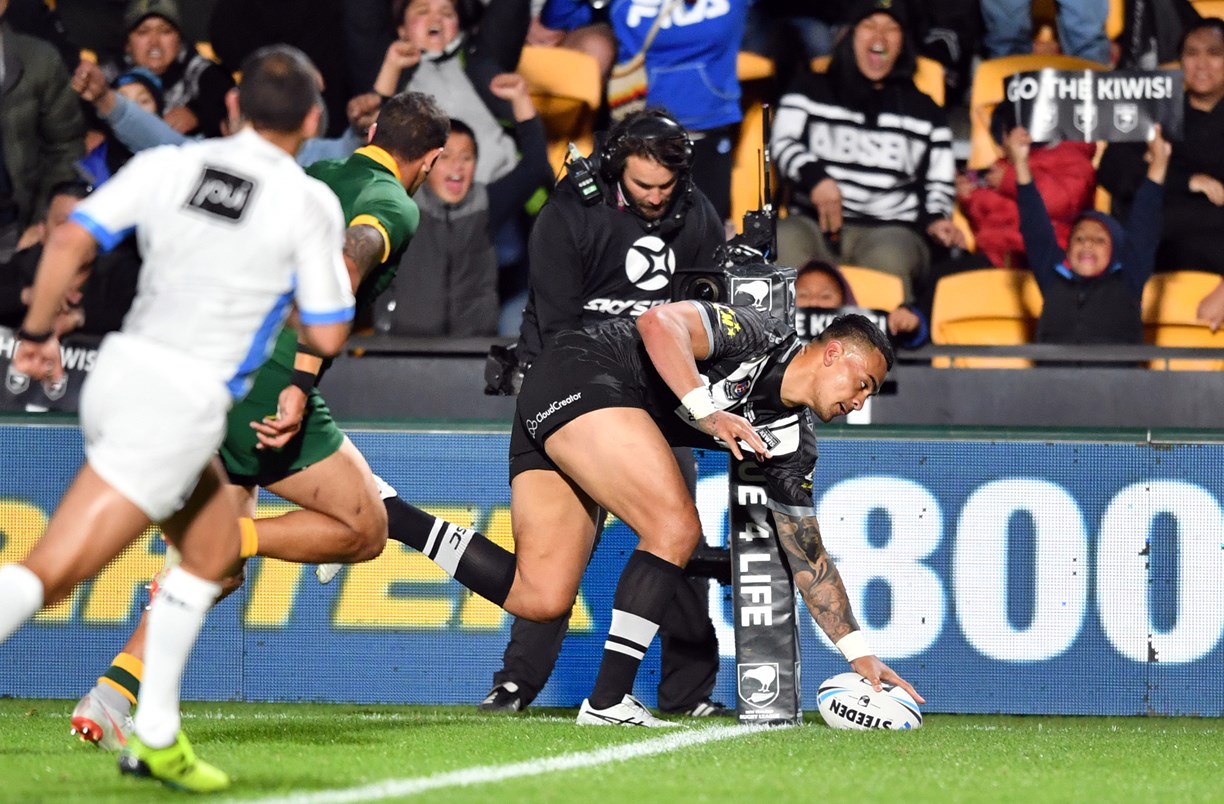 New Zealand captain Dallin Watene-Zelezniak declared that the Kiwis would only continue to improve as they begun a new era for international football by inflicting the first defeat in Mal Meninga’s tenure as Australian coach.

Kiwis halfback Shaun Johnson led his team to their first win over the Kangaroos since the 2015 Anzac Test, while debutants Joseph Manu and Brandon Smith were among the stars in the 26-24 win at Mt Smart Stadium.

It was the first Test for Australia since Cameron Smith and Cooper Cronk stood down from representative football and the retirement of Billy Slater and Johnathan Thurston, with just eight members of the Kangaroos team which won last year’s World Cup playing in Auckland.

However the Kiwis also had a new-look team, with Watene-Zelezniak making his debut as captain and Manu and Smith joining the new players blooded in June’s Denver Test against England.

The win is a boost for the game in New Zealand after the disappointment of a World Cup campaign in which they suffered back-to-back losses to Tonga and Fiji and were eliminated in the quarter-finals.

However, Watene-Zelezniak said the Kiwis still had a lot of work to do and would benefit from the upcoming Test series against England.

“It feels so surreal,” Watene-Zelezniak said. “We are still building, We have only set the foundations now but we have to keep building.

“Everyone was just on. We were a bit shaky at times but we this is just the beginning.

“That’s what we came here for to give the fans.

“I think we take a lot of confidence. We have got some work to do but we are on the right track.”

The Kiwis dominated the first half for all but the opening three minutes and the last 60 seconds but Australia led 12-8 at the interval following an early try to Valentine Holmes and another by Dane Gagai just before the siren.

Holmes’s 12th try in his last four Test appearances struck fear into the hearts of New Zealand fans that the new look Kangaroos would be just as dominant as previous versions, after rookie centre Latrell Mitchell drew Jordan Rapana to create an overlap for the Cronulla star over in the third minute.

Possession and field position favoured New Zealand and the home side almost scored in the 18th minute when winger Ken Maumalo planted the ball on the touchline as he tried to dive over in the corner.

Maumalo made amends 10 minutes later when he crossed out wide after prop Martin Taupau delivered his second offload in as many minutes having come off the interchange bench and captain Dallin Watene-Zelezniak passed the ball through his legs.

Kiwis centre Joseph Manu scored his first Test try in the 35th minute after forcing his way through the defence of Mitchell and Holmes but halfback Johnson again missed the conversion.

Watene-Zelezniak appeared to have put his team ahead just before half-time when he pounced on a kick from Manu to score but review officials ruled that the Sydney Roosters centre had knocked on before he kicked.

The frustration of the Kiwis was compounded when Gagai scored a long range try after halfback Daly Cherry-Evans sent centre Tom Trbojevic racing down the touchline with just seconds remaining on the clock.

It was a remarkable effort for the Kangaroos to lead 12-8 at half-time given New Zealand had 69% of possession but the Kiwis dominated the second half.

Hooker Brandon Smith put New Zealand ahead for the first time when he crashed his way over in the 54th minute and Johnson converted from close range.

A try to centre Esarn Marsters in the 57th minute extended the Kiwis’ lead to 20-12 after a stepping run by Johnson who linked with Smith and second-rower Isaac Liu.

The star halfback then repeated the effort to set up a try for Rapana after Manu managed an offload the ball despite the attention of Mitchell and Holmes.

However, Australia hit back with back-to-back tries by second-rower Felise Kaufusi and fullback James Tedesco to set up a grandstand finish as the Kiwis tried to hold on for the last four minutes to record their first win since 2015.

The result capped a triple-header of New Zealand v Australia contests at Mt Smart Stadium, with Australia winning the earlier under 20s and women’s contests.