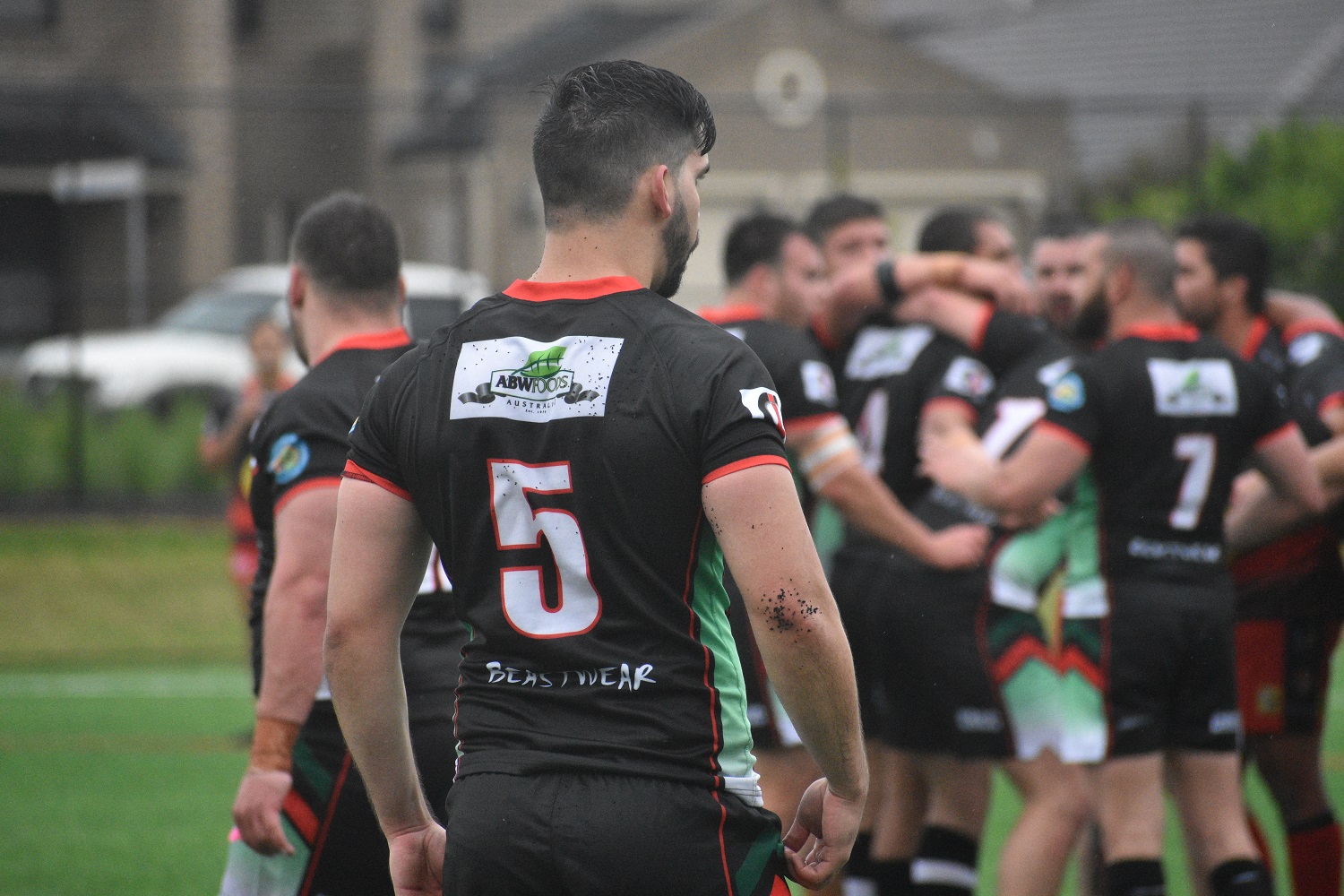 Mediterranean were too strong early for the Latin Heat, winning 26-12 in the regional pool of the Rugby League Emerging Nations World Championship.

Both teams had a solid start to the game, looking well prepared in their attack and defense until a barnstorming run from Addison Demetriou broke the game open.

Demertiou cut through the line on the right edge and ran downfield for a try to take first points for the Mediterranean, which he then converted to take the lead to 6-0.

Not long after and in nearly identical fashion, Mediterranean shifted the ball to their right, where Addison Demetriou dashes down the sideline once again to score in near the corner.

This time he was unable to convert his try, leaving the score at 10-0.

The Mediterranean side were not letting up quality possession to the Heat and Hamza Anwer was the next to score, which was thanks to a beautiful cutout pass from Christian Tarabey, which also isn’t converted.

The Latin Heat finally had some short-lived joy with the ball, making a scintillating break though the last pass lands in the hands of the wrong team.

Soon after D’rhys Miller gets the fourth try for the Mediterranean side after a sweeping run from fullback  Hillal Kara-Ali who draws in 4 the Latin Heat players to get the pass away to the eventual try scorer.

Addison Demetriou converts the try to stretch the lead to 20-0.

The momentum wasn’t looking like changing any time soon, with the Mediterranean side making easy territory.

Not long after Khoder Mitwari dashes out at a marker and scores from dummy half, which Demetriou converts once again and the score remained 26-0 at the end of the first half.

The second half saw some early changes in fortune for the Latin Head, setting up in attacking territory.

Just when the Mediterranean team regained possession, a sneaky one on one strip allows Sean Day to dash off to score a try.

Andrew Zuluaga makes a strong run up field and the Heat then spread the ball and are awarded a penalty, which gives the side repeat sets in an attacking field position.

Unfortunately for the Latin Heat, a panicked kick leads to a missed opportunity to trap the Mediterranean team in-goal.

The next few sets were scrappy with errors from both sides.

A huge hit from Addison Demetriou leads to retaliation off the ball, resulting in a penalty and the referee decides to have a chat with the the Mediterranean captain.

Both teams then settle into completing their sets and kicking for field position.

Sean Day scores his second try for the Latin Heat, carrying four the Mediterranean players across the line off a short pass from Sebastien Martinez.

James Horvat converts the try, taking the score to 26-12.

No score changes occurred after this, with Mediterranean joining Africa United as the winners from the first matches in the regional pool.