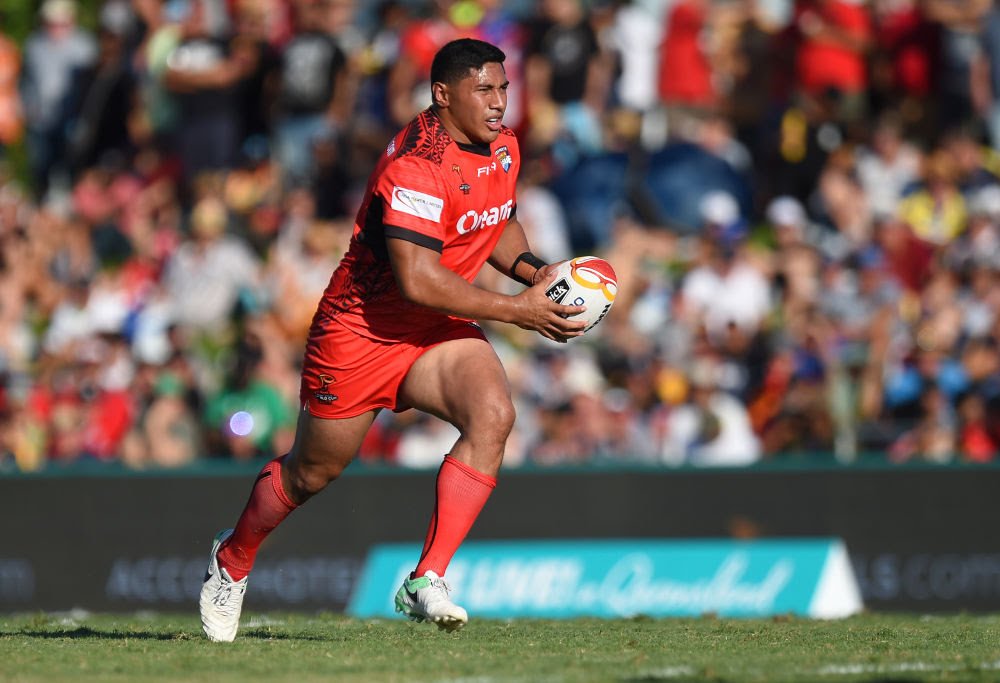 The Mate Ma’a Tonga will play the world champions in a Test at Auckland’s Mount Smart Stadium on October 20.

Head coach Kristian Woolf today selected a squad of 19 to contest the country’s first-ever game against Australia, and added two development players to take part in the camp preparation.

In wonderful news for Tonga, the inspirational Manu has been cleared of serious knee damage to lead the team into battle.

The majority of the squad named today were also part of last year’s exciting run to the World Cup semi-finals.

Only Manly forward Addin Fonua-Blake and development players Robert Jennings (South Sydney Rabbitohs) and Leivaha Pulu (NZ Warriors) were not in the squad that just fell short of meeting the Kangaroos in the 2017 World Cup Final.

Woolf said he was excited at the squad Tonga had managed to assemble, especially with the injection of the experienced Manu.

“To be able to have Sika Manu in as a leader for this squad is a big plus,” said Woolf.

“This group has shown a commitment to their country of heritage and we are pleased with the calibre of the squad we have been able to name.

“We realise there is a huge challenge ahead of us in player the current World Cup holders, so we are extending every resource we can to give this challenge our absolute best effort.”

The Mate Ma’a Tonga team has been assisted by the Tongan Government and sponsors Recon Solutions.

The Tonga squad will travel to New Zealand next week for a pre-match camp in Hamilton before establishing themselves in Auckland in the week of the Test.