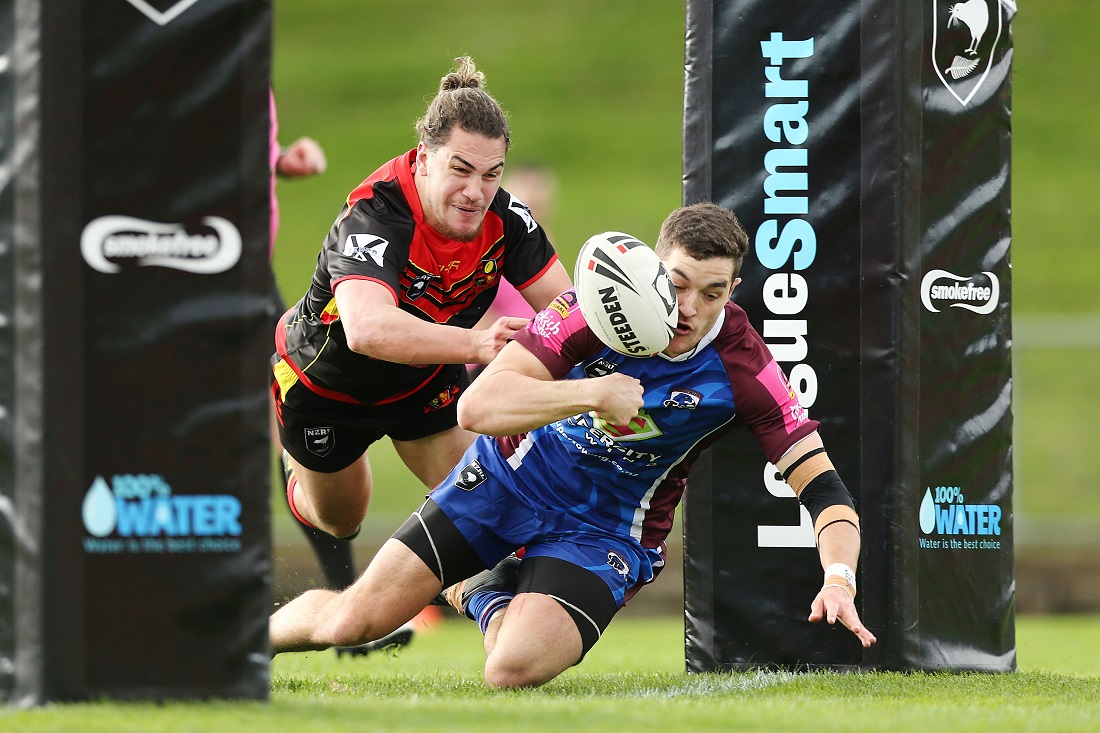 Canterbury & Akarana collect wins in opening round of National Premiership

The Canterbury Bulls and Akarana Falcons will be happy campers both coming away with the win after the first round of the National Premiership.

In a hotly contested match-up, the Cantabrians sent a strong message to their opposition that they mean business in 2018 taking home a narrow 20-18 win over the Stingrays at Mt Smart Stadium two.

Both teams may have crossed the line for three tries but it was the handy boot of Canterbury Bulls captain James Baxendale which sealed the deal with two points being the difference on the final whistle.

While Counties weren’t victorious, they’ll have plenty of positives to stew over fielding a young side full of up and coming talent with the likes of youngster Sheldon Roger, who has come through the New Zealand Rugby League age-group pathways featuring in last year’s New Zealand 18s squad.

2017 National Premiership winners and favourites, the Akarana Falcons also proved why they’ve held the title as back-to-back champions in 2016 and 2017 asserting their dominance over Waikato with a 46-6 win.

The blowout scoreline was the result of a superb team effort that saw Akarana fullback Polima Siaki pick up a double and six of his teammates cross the line to accumulate eight tries in total, seven of which were converted between captain Francis Leger and Chaz Brown.

Waikato’s cause wasn’t helped when their star fullback left the field with a serious injury. However, the players were full of enthusiasm heading into round two where they’ll take on Canterbury who will be riding the high of momentum following their round one win.

In the National Championship, Northland staged an upset on their home turf with a 16-14 victory over the Wellington Orcas. Ruakaka turned out a cheerful crowd who witnessed their home team in a nail-biter sending the Orcas packing on a long trip home to reflect on their performance.