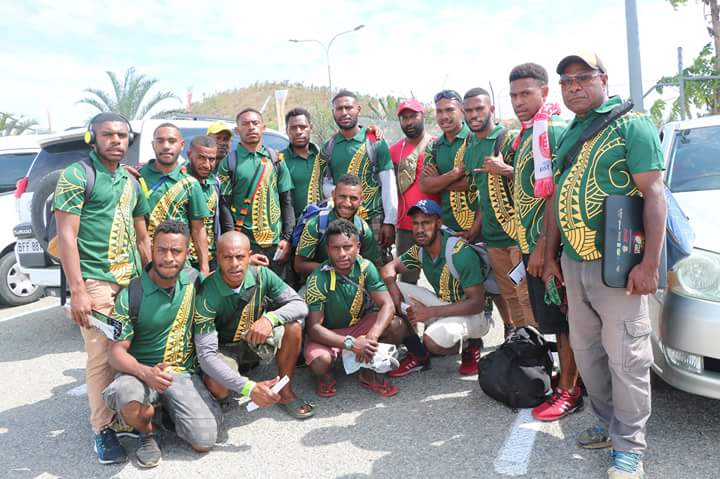 The cream of PNG school boys and girls rugby league players will converge into Port Moresby this week for the 2018 National Schools Rugby League (NSRL) championships.

PNGRFL Chairman Sandis Tsaka said this year’s tournament will see the Boys Under 16 and Under 18 and Girls Open teams from the four Confederates participate.

“The three divisions have been selected from schools affiliated to the PNGRFL within the four confederates for the weeklong tournament during the 3rd term holidays,” Tsaka said.

He said the U16s will kick off the tournament tomorrow Tuesday September 11, 2018.

“The U18s boys will play on Wednesday and the Girls Open division on Thursday,” Tsaka added.

The chairman said there will be no finals play off.

“The winner will be determined after all teams play each other in a round robin format.

“The team that ends up on top will be crowned the champions,” Tsaka said.

NCD Governor Hon Powes Parkop will kick off the championships at 8.30am tomorrow (Tuesday).

This will be followed by the 1st game between the U16 boys from Southern and NGI at 9.30am.

All games will be played at the Oil Search National Football Stadium.

Tsaka said the U14 boys will not take part this year due to costs.

“However they will definitely take part next year with the U16 and U18 boys and Open girls,” he said.

The Chairman thanked Boroko Motors, Coca Cola and Trukai for their support to hosting this Junior’s program.

“We are also grateful to Air Niugini and PNG Air for the air travel and Wellness Lodge for accommodating the teams,” he said.

Tsaka extended his gratitude to the media and looked forward to their coverage of the National Schools championships this week.