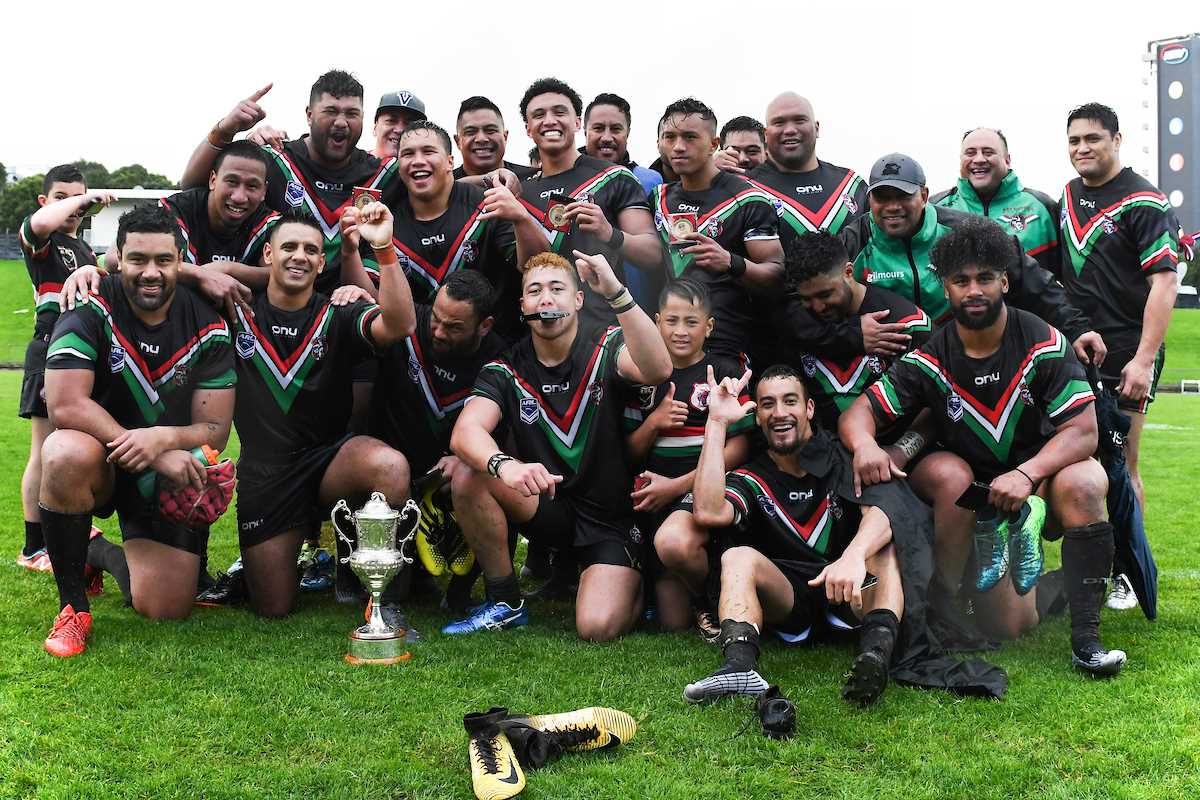 The Bay Roskill Vikings have completed their undefeated Crown Lift Trucks Sharman Cup season with a dominant 42-16 victory over Manurewa in Sunday’s Grand Final, earning promotion back into the first division for 2019 in the process.

Up 26-12 at the break, in torrid conditions at Mt Smart Stadium #2, Bay Roskill kept the foot down in the second half to secure a return to the top flight for the first time since 2013, having been second division runners-up in both of the past two years.

Second rower Moses Oge opened the scoring on five minutes, before the Vikings struck twice in quick succession via Johnathon Wea and Leaoseve, with Ben Henry converting two from three for a 16-0 advantage.

Ezekiel Paul then put Jerome Mamea into a gaping hole for an untouched run to the line, before Jerome Ropati sent Cori Vogel away for a try down the left, stretching the gap to 26-0.

The Marlins scored two late tries before the break – with Malakai Tohi crossing in the corner, followed by a Khan Areaiiti barge over – to reduce Manurewa’s deficit to 26-12 at half-time.

After Henry Dunn set Devin Wilson-Connal up for a try five minutes into the second 40, the Manurewa comeback looked on, only for Bay Roskill to weather the storm and eventually seal the victory with two further Leaoseve tries and a Jerome Vogel strike inside the final 20.