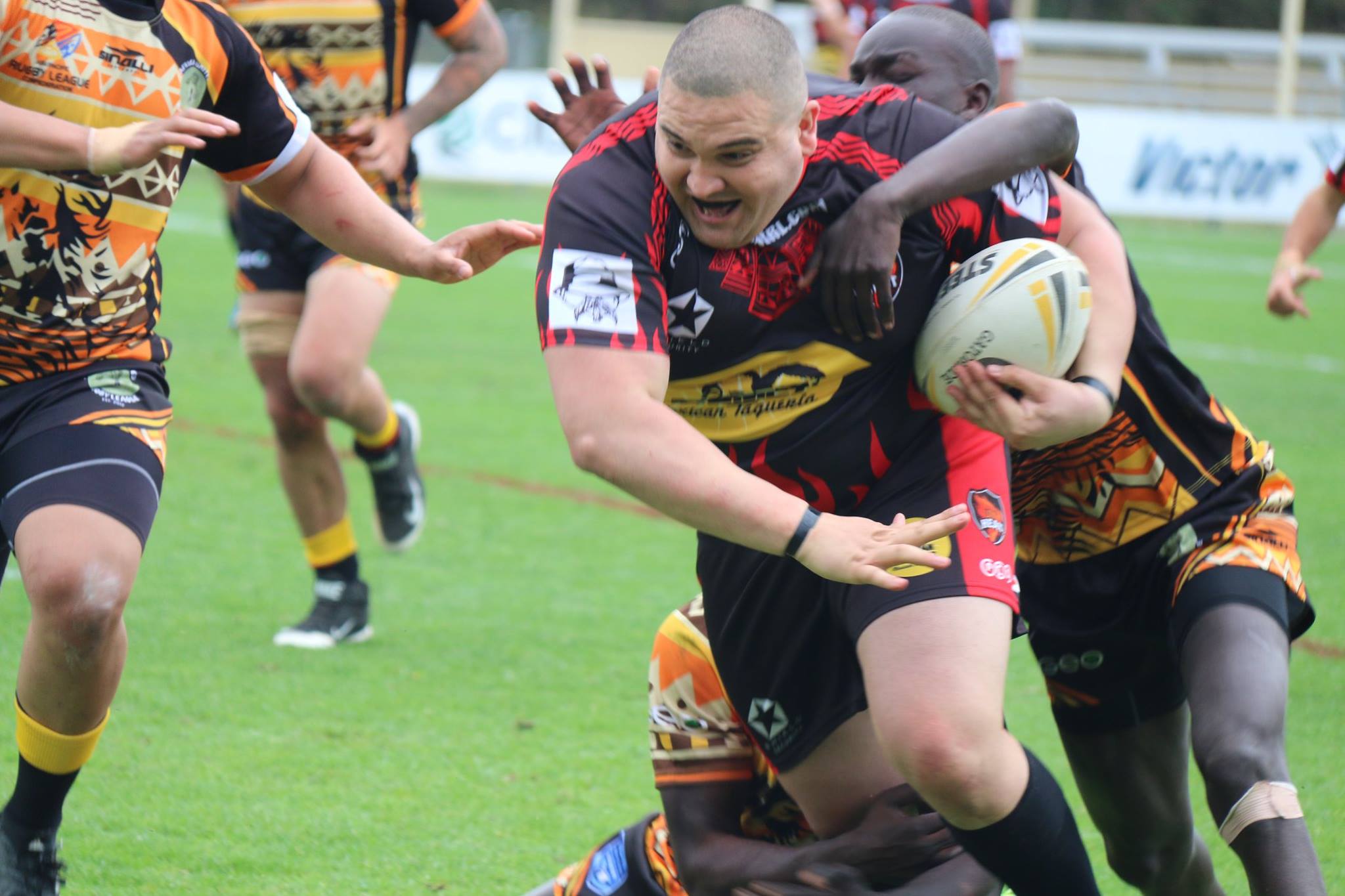 With 50 days to go until the Emerging Nations World Championship kicks off in Sydney, the Rugby League International Federation has confirmed the draw for the regional confederations’ arm of the tournament, which will see players from Africa, South and Central America, Europe, the Middle East and South-East Asia competing in their first major international tournament.

The tournament provides a pathway to international competition and player development for players from countries that are not yet established as stand-alone rugby league-playing nations.

Africa United will draw on a core of Sudanese players, many of whom moved to Australia as child refugees and discovered the sport of rugby league in western Sydney, where the event will take place.

“This is an important opportunity for us to showcase what we have built over the years with the playing group, and that our players are on a path towards the NRL,” said Africa United’s Stimon Mow.

“It also gives us the opportunity to show our younger generations that rugby league is a sport for Africans, and is the key to helping make positive social change in Australia’s African communities.”

“Our boys look at NRL players like Moses Mbye and Jamal Idris and that inspires them to pursue their dreams of playing in the NRL and being the first from their country to make it.”

The Latin America team is expected to include players from countries including Mexico, Argentina, Brazil, Chile, Colombia, Uruguay, El Salvador and Peru.

“We are excited not only because this will be the first Latin American rugby league team invited to a major global event, but also because we heavily support the Emerging Nations concept,” said Latin Heat co-founder and director Robert Burgin.

“Latin Heat began with us showing people in an adobe shack in rural Brazil videos of State of Origin highlights and, for this tournament, we will have some players travelling for 40 hours from Latin America to Australia participate.

“A third of our squad are residents of Latin America, another third were born there and migrated to Australia for study and lifestyle opportunities, and another third are the children of migrants – many of them refugees – who have grown up loving rugby league and use this as a way to reconnect to their culture.”

The ASEAN team will comprise players travelling from Thailand and Laos, alongside Australia-based players from those countries plus Vietnam, Myanmar (Burma), Indonesia and Cambodia.

The Mediterranean-Middle East team is expected to include players from across the region with a particular emphasis on players with heritage from Iran and Iraq.

Member of the organising committee, Tas Baitieri welcomes the tournament as a great opportunity for players to enjoy representative rugby league

“This third Emerging Nations competition certainly unveils the footprint the sport has taken. Our 11 National Federations in the main draw is testimony of the work being done by the Rugby League European Federation and the Asia Pacific Rugby League Confederation.”

“The Regional teams prove how committed and excited these new countries are and their ambition to eventually have their own standalone National Rugby League Federation.
It can only get better as more resources are poured into developing a strong and effective education and training programme for coaches, referees and administrations.”

The Emerging Nations World Championship will feature an 11-team national competition as well as the regional confederations event and a physical disability tournament, with matches taking place across three Sydney venues.

The national competition will start on Monday 1 October 2018 and the regional tournament commences on Sunday 7 October, with all finals to be played on Sunday 13 October at St Mary’s Leagues Club.

For full details of the tournament and draws, visit the event website: www.rlenwc.com