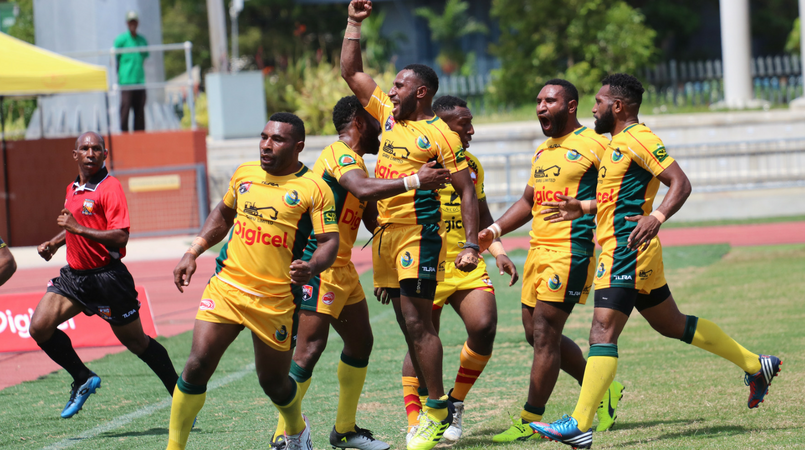 The eighth placed Mendi Muruks have pulled off one of the upsets of the season, defeating competition leaders, the Enga Mioks 18 – 8 on Sunday.

The loss to the Muruks, place a strong 28 – 20 win by the Agmark Gurias over the Port Moresby Vipers means that the Mioks now only hold a two point lead at the top of the 2018 Digicel Cup ladder as the competition finals fast approach.

In other matches, the Lae Tigers leaped back into the top four with a 24 – 10 win over the Waghi Tumbe, whilst the Hela Wigmen sit just one point outside of the top four following their 26 – 6 win over the Gulf Isous.