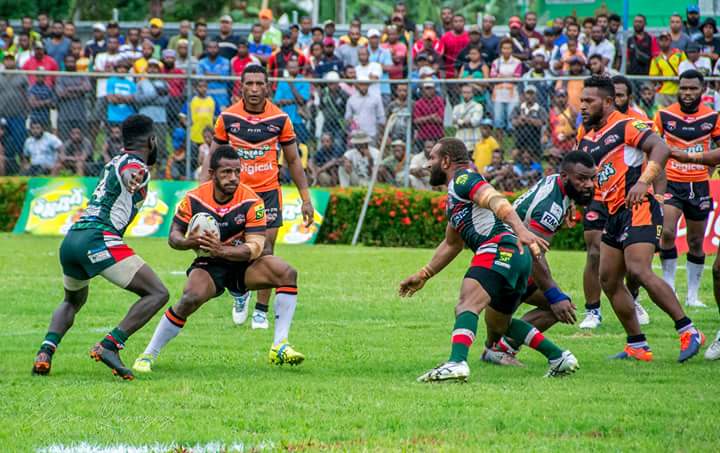 After a slow start to the season, defending Premiers, the Lae Tigers, have started their ascension up the PNG Digicel Cup competition ladder by recording a significant 10 – 4 win over the second placed Agmark Gurias.

The win, infront of a vocal home crowd, sees the Tigers jump to fifth on the competition ladder, behind the Vipers, Gurias and Tumbe, who all sit on 12 competition points.

In other results, the Mioks bounced back from their loss last weekend against Port Moresby to defeat the Warriors 28 – 6, whilst the Muruks defeated the Isous 32 – 10.