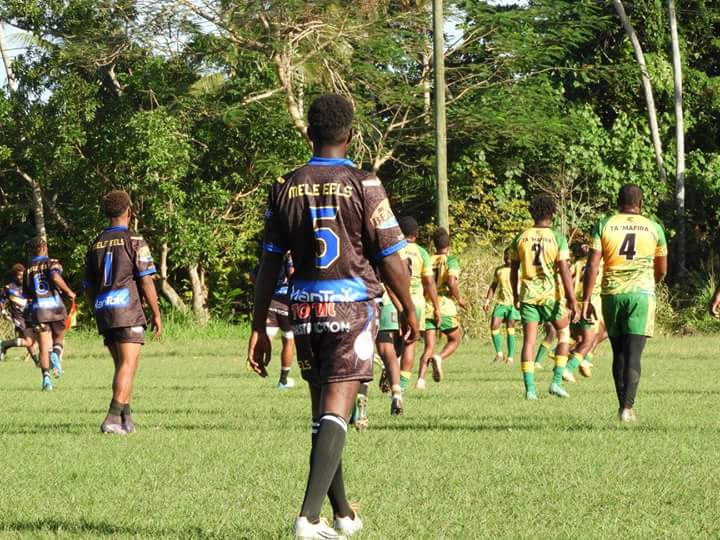 Eels push Blackbirds in final round of Port Vila season

The Mele Eels have put up a creditable performance in the final round of the Port Vila Premiership, pushing the defending Premiers, the Ifira Blackbirds all the way.

In front of a strong crowd of over 300 at the Mele Fields, the Eels challenged the much-fancied Blackbirds in the see-sawing clash heading into the sheds at halftime level at 16-all.

In the second half, the Eels continued to push the Blackbirds, with the two sides locked up at 22-all at the 70th minute mark, before Ifira ran away with the match, winning 34 – 22.

The Ifira Blackbirds will now play the Uluveou Sea Lions in next week’s major Semi Final, with the winner to face the Port Vila Powerhouse in the final.