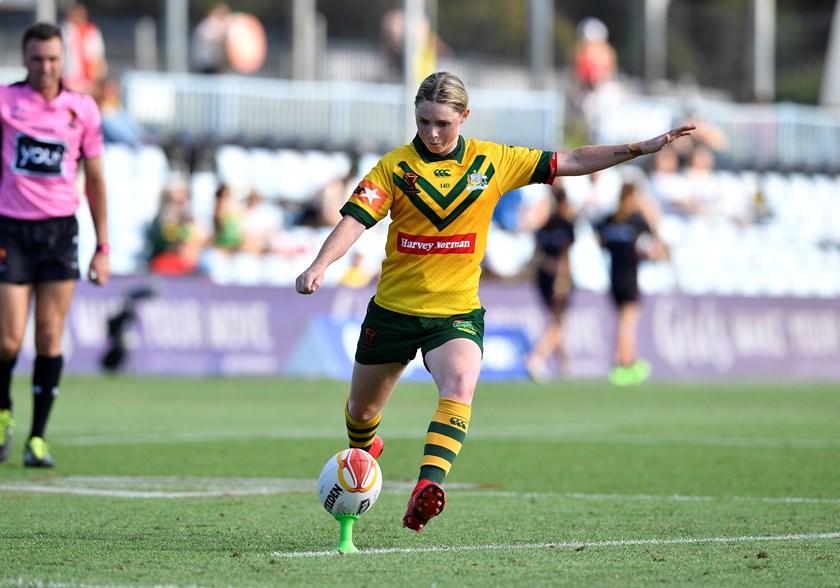 Little known Illawarra product Rikeya Horne and Tallisha Harden are the fresh faces in Brad Donald’s Australian Jillaroos line-up to compete at the Commonwealth Championship at Redcliffe starting on February 23.

Horne, 18, is a specialist outside back who impressed during trials for Jillaroos contracts on the Gold Coast earlier this month.

Harden makes a return to the Jillaroos set-up following a series of injuries and rugby union commitments over the past three seasons.

The pair were the only surprise selections in the 15-player squad named on Monday, with Donald opting for speed and agility from members of the successful World Cup side as they look to mirror their Auckland Nines success in 2017.

“Rikeya is very young, one of the up-and-comers. A really good example of what we’re going to see over the next couple of years,” Donald told NRL.com.

“We did a bunch of testing in an environment where there was 55 girls, and just in terms of her character and work ethic we liked what we saw. It’s a daunting environment to walk into when you’re young, but she handled it well and grabbed her opportunity with both hands.”

Donald has also rewarded the same back five that tasted success against the New Zealand Kiwi Ferns in December with fullback Nakia Davis-Welsh receiving a clearance to play after overcoming an ankle injury.

Player of the World Cup final Ali Brigginshaw will partner Maddie Studdon in the halves.

The occasion marks the first outing for the victorious World Cup outfit with the side taking on Canada, Cook Islands, Fiji, Samoa and Tonga throughout the nine-a-side two-day tournament.

“A couple of our girls are disappointed they’re not playing but we used a similar formula last year,” Donald said.

“The nines concept … it requires a different athlete. We’re confident with the balance of the squad and looking forward to the weekend.”