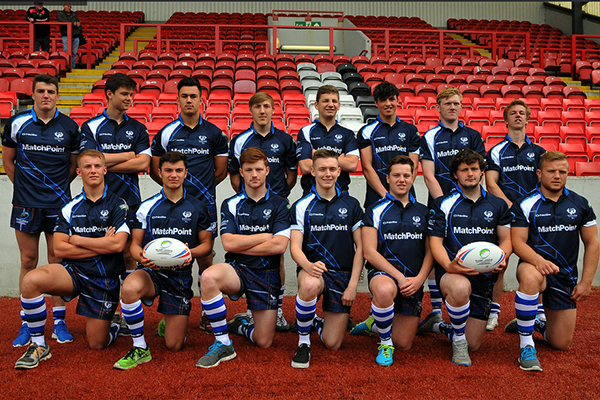 Scotland Nines Head Coach Nathan Graham has named his squad for the upcoming 2018 Commonwealth Championships to be held at the Dolphin Stadium in Moreton Bay, Queensland in February.

The core of the squad is made up of players who have shown considerable commitment to Scotland Rugby League in the past by playing for local Scottish clubs, Scotland Under 19’s and Scotland Students.

Graham has named 5 players from his successful 2017 Student World Cup squad: Justin Faughlin, George Geddes, Niall Hall, Luke Westman and Student Player of the Year Matt Hogg who also captained the Under 19’s in 2017. Westman lives near Sydney and demonstrated tremendous commitment to Scotland Rugby League, by travelling to the UK to represent Scotland Under 19’s in 2016.

Recognising the progress that is being made attracting talented Scottish based players to the Under 19 programme, 2 players from the 2017 programme, Sean McKervail and Under 19 Player of the Year Calum Weir have been called into the squad.

Ex Under 19 player Davey Dixon (Keighley Cougars) and ex Under 19 and Students player Niall Sidney (Newcastle Thunder) both bring considerable experience to the squad together with Doug Heseltine and Murray Mitchell who have previously represented Scotland Students and Under 19’s respectively. Ali Olivier is rewarded for some outstanding performances for Strathmore Silverbacks in 2017 with his first place in a Scotland squad.

New to the Scotland set up are Marshall Hudson who was a member of the North Queensland Cowboys U20 squad in 2017, and Josh Honan who plays for Dapto Canaries south of Sydney. They both have very strong family connections with Scotland. They are joined by Curtis Faughlin, a talented half back and hooker who becomes the third Faughlin brother to represent Scotland Rugby League.

Head Coach Nathan Graham had this to say about the upcoming trip to Brisbane:

“Initially we looked at picking a squad based on what is needed for 9’s rugby. We looked at speed, agility, power and versatility among other attributes. I am really looking forward to seeing how the lads gel and grow together throughout the process. We have a tough group but I am confident that with 100% buy in from the players we will be capable of progressing to the next stage of the competition.”

The Rugby League Commonwealth Championship 2018 is set to be a fantastic event. The Dolphin Stadium in Redcliffe will be a great setting for the games.

“The nine a side format is a very exciting off-shoot from the traditional thirteen a side game. It will be fast and furious and full of great skill from all the participating teams. I am looking forward to the experience.
For me everytime I get asked to coach a Scotland team I regard it as an absolute privilege. Everyone from backroom staff to players will be working as hard as possible to do our nation proud.”

“It is very pleasing for us to see so many young players who have represented Scotland at Under 19 and Student level making their way through our pathway to represent Scotland in these championships. It is particularly pleasing to see representatives of Edinburgh Eagles, Strathmore Silverbacks and Carluke Tigers in the squad. We are also very pleased to give some of our highly committed Australian based players a chance to pull on the jersey. Their participation means a lot to them and their families. We expect a number of players from our Commonwealth squad to go on and play for the senior Scotland squad in the not too distant future.”