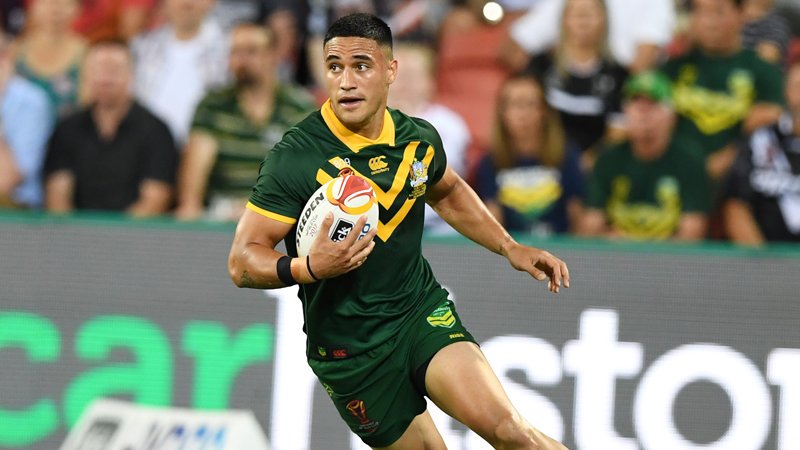 The Australian Kangaroos have achieved what no team has done in 40 years, winning a World Cup on home soil with a hard-fought 6-0 defeat of England at Brisbane Stadium on Saturday night.

In many ways it was a night of redemption for Australia who famously failed to achieve the same feat in 2008 when they were handed a shock loss by the New Zealand Kiwis at the same venue.

Nine years later it is a very different Kangaroos side, with only Cameron Smith and Billy Slater the remaining players, and ask either of them why the result was different this time around and they will tell you the same thing – Australia’s defence.

The Kangaroos conceded just 16 points in six matches during this year’s World Cup, keeping three teams scoreless to stamp themselves as the undisputed champions of the world.

England were without a doubt their toughest test of the tournament, pushing them all the way in an absorbing contest that had the 40,033 fans on the edge of their seats.

In the end it was England’s errors that cost them the most, making almost double that of an Australian side that has always prided itself on ball security.

After trailing 6-0 at the break, England started the second half disastrously, stringing together a number of crucial errors before being saved on their goal line by winger Jermaine McGillvary who stopped a certain Australian try with a stunning intercept.

Minutes later the English were saved again, this time by the video referee who adjudged Kangaroos five-eighth Michael Morgan to have run behind a teammate on his way to crossing the line.

England turned defence into attack to dominate the next 20 minutes, but Australia’s scramble defence was too good for them, forcing the English into Hail Mary plays to try and cross the Kangaroos’ line.

It did not pay off, with England failing to score a single point, suffering the same fate as the 1995 England side that also lost to Australia in a World Cup decider.

England’s players can hold their heads high after showing enormous courage early, defending a number of sets on their own line to send a message that they would not be intimidated by the star-studded Australian side.

However, weight of possession eventually won out, with Kangaroos second-row forward Boyd Cordner running off a superb short ball from Morgan to crash over in the 15th minute. Cameron Smith had no problems with the conversion, giving Australia a 6-0 lead.

A 25-minute arm-wrestle followed, with majority of the play between the two 20-metre lines as each forward pack traded blows.

It was a war of attrition in every sense, with Australia slightly in front in both the possession stakes and on the scoreboard.

That was the story of the match, with the Kangaroos gripping to a 6-0 lead for 65 minutes to take home their 11th World Cup title.