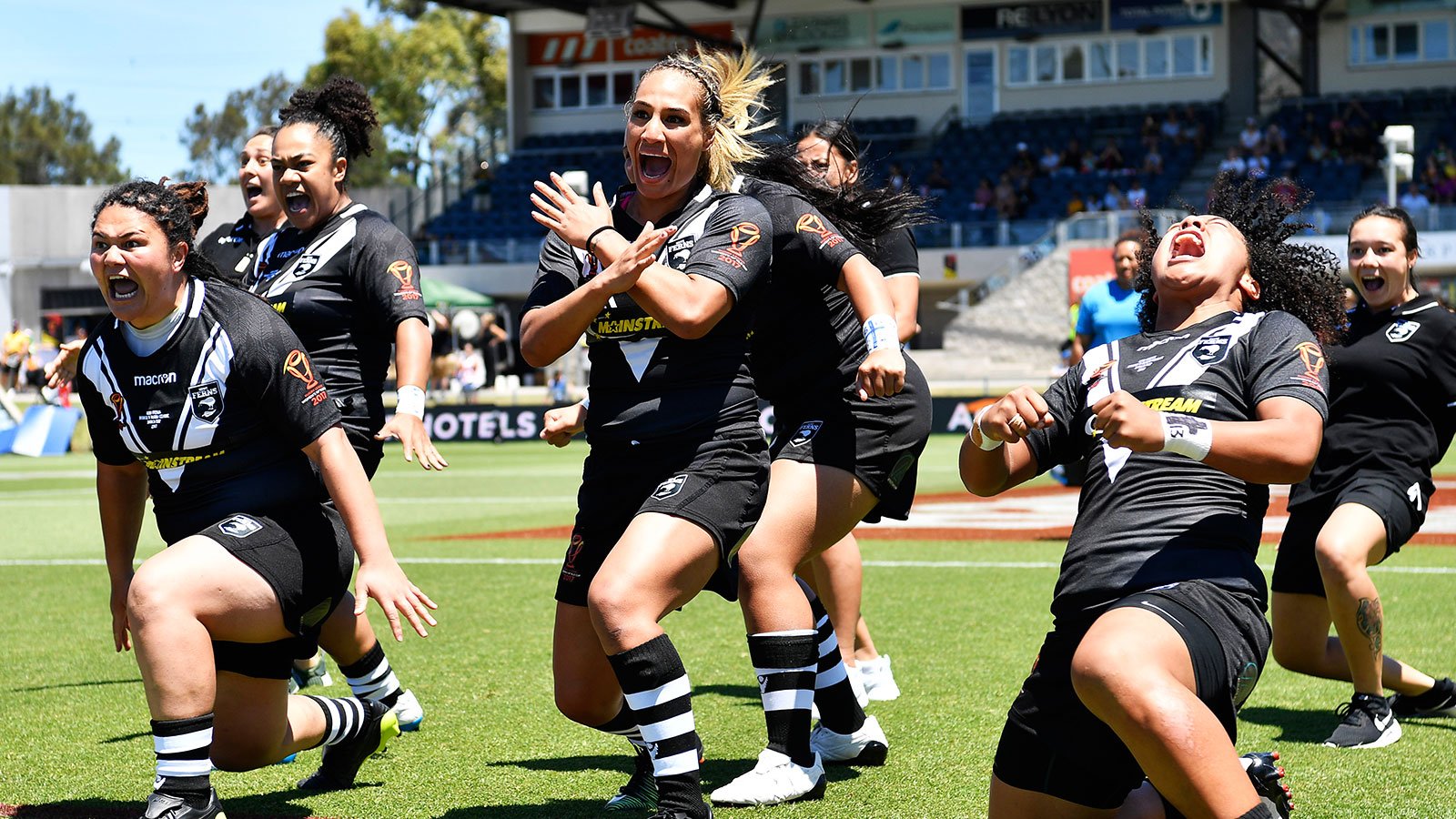 New Zealand overcame a poor start in the first half, completing just 35 per cent of their sets, to record seven tries in the second half to blow England off the park and become the first team to qualify for the Final on Saturday.

A hat-trick to Honey Hireme and a double to Krystal Murray helped the Ferns cause, while forwards Teuila Fotu-Moala and Lilieta Maumau both notched up over 200 running meters throughout the match.

England started the match with their backs against the wall after they knocked the ball on from the kick off gifting New Zealand with a great early attacking chance.

And true to their class, the Kiwi Ferns wasted no time finding a way through England’s defence, scoring in the second minute of the match after executing a slick backline move through the hands for Maitua Feterika, who crashed over the line for the opening points of the game.

Then just four minutes later, the Ferns found themselves in attacking range once again and after a full set on the English line, the three-time champions opted to run the ball on the fifth for Shontelle Woodman, who ran through a gaping hole in England’s defence for their second try after just six minutes.

Following two unsuccessful conversions, the score line remained at 8-0 as things started to look ominous for the lacklustre English side.

But after completing just 35 per cent of their sets in the opening 40 minutes, the Ferns gave the English time to slowly find their groove and work their way back into the match.

And in the 21st minute England found the breakthrough after halfback Kirsty Moroney put a beautiful cross-field kick into the Ferns in goal, bouncing favourably for Tara-Jane Stanley who quickly got the ball down for England’s first points.

England’s try would be the last points of the first half as unforced errors slowed the momentum of both sides before the break for New Zealand to walk off the field with a 14-4 advantage.

Looking to rebuild their uncharacteristically low completion rate, the Ferns started the second half much the same as the first, scoring early points to immediately put England on the back foot.

Winger Honey Hireme crossed over for the first of her three tries of the day after just six minutes of the second half, finding enough space down the side-line to plant the ball down as New Zealand started to look dangerous.

Following Hireme’s four-pointer, New Zealand started to show why they haven’t missed a World Cup final since the inception of the tournament in 2000.

Improving their completion rate from 35 per cent to 68 per cent, the Ferns ran in seven tries in the second half thanks to a second-half hat-trick from Hireme to streak away with the match and secure a spot in their fifth consecutive Rugby League Women’s World Cup.