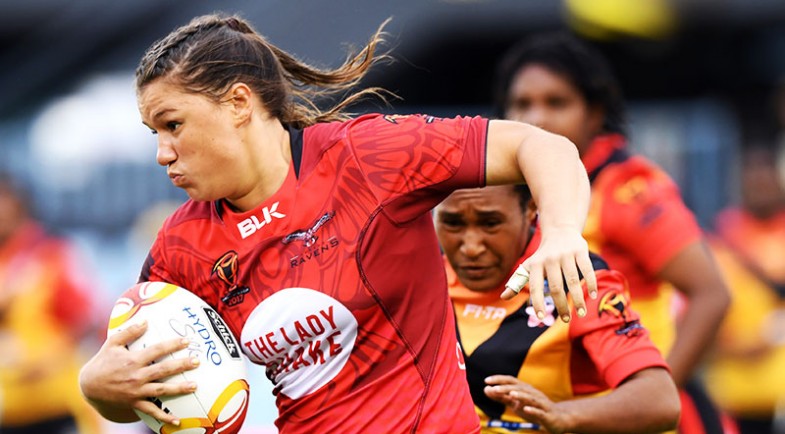 It was a proud day for Canada Rugby League, with the women recording their first ever World Cup victory to the tune of 22-8.

The brave side came out on top against Papua New Guinea in an incredibly physical match to close out the second round of the group stages.

After an impressive defeat in their first major hit-out three days ago against New Zealand, Canada brought that same resilience tonight in a game where they defended superbly.

Papua New Guinea were attacking in front of a vocal pack of supporters in the Monty Porter Stand, and they were treated to the perfect view of the opening try of the match when Christie Bulhage completed a right-to-left shift and barged her way over.

It was a tight tussle and very physical, but it would be Canada who would grind their way back into the match courtesy of Natasha Smith. The barnstorming centre crashed over for a double in the later stages of the first half to put their noses in front.

The physicality shown by both sides resulted in a couple of stoppages to treat injuries which was the only low point in what was turning out to be by far the match of the afternoon and possibly the match of the tournament so far.

Just as they did in the first half, PNG were first to score in the second when they received an offside penalty and took advantage of the gifted field position when another right-to-left shift was completed, this time by Martha Karl.

PNG spent the best part of 15 minutes on the attack, but the resilience of Canada saw them turn away what was thrown at them time and time again, with their goal line defence holding strong.

In what made the defensive clinic even more spectacular, Canada were disrupted when Natalie Tam was knocked unconscious while making a tackle and a long delay in the match saw her stretchered from the field.

That determination was rewarded with six points and a buffer of more than a converted try as after a few sets chipping away at PNG defence, Stevi Schnoor put in a perfect grubber that was pounced on under the posts by her halves partner Sabrina McDaid.

The physicality of the game was once again came at the detriment of the players when another had to be stretchered off the field.

Smith capped off a great match by scoring her third try of the evening in the closes stages, which secured the Canadians first ever World Cup victory.