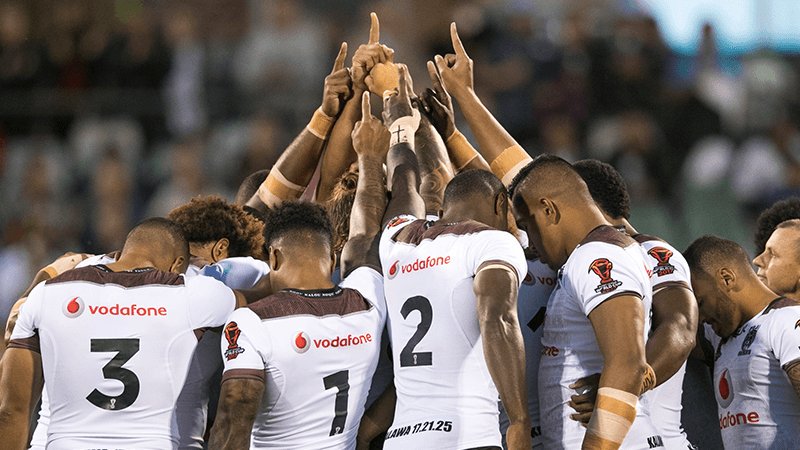 Fiji Bati have produced one of the greatest upsets in Rugby League World Cup history to edge past New Zealand 4-2 and book a semi-final meeting with Australia.

The victory marks Fiji’s first-ever win against a tier-one nation and caps a miserable tournament for the Kiwis, who were booted from the quarter-finals a week after becoming the first top-three nation ever to lose to a second-tier side.

A try-less 80 minutes at Wellington Regional Stadium saw both sides engage in a slugfest which swayed from end-to-end and was often littered with handling errors, with Fiji winning the battle in the middle of the park and showing superior class when it counted.

The Bati kicked a penalty in each half, with Apisai Koroisau and Taane Milne both converting from close range, and survived off the back of some spirited goal-line defence which repelled a flurry of late raids from New Zealand.

Fiji started the match with an intensity the Kiwis simply couldn’t match, resulting in New Zealand giving away a number of early ruck penalties in attempting to slow the play the ball down, one of which Fiji used to take an initial 2-0 lead.

Both teams were promoting second phase and wanting to play open football, but while Fiji were picking their moments and continuing to finish their sets, the Kiwis were plain sloppy, making eight first-half errors and hardly visiting the attacking 20.

Leading 2-0 at the break, it was Fiji’s mouths rather than anything else which gave New Zealand their opening points four minutes into the second stanza, with the Bati pinged for back-chat and Shaun Johnson duly kicking the penalty from easy range.

But any joy was short-lived for the Kiwis when on the next set Jordan Rapana was sent to the sin bin for a professional foul, and Fiji came agonisingly close to getting over for a try, only for Brayden Wiliame to be called back for double movement.

Being reduced to 12 men seemed to spur something in the Kiwis, and for the first time in the match they enjoyed some dominance enjoying three separate chances to register further points.

A knock-on from Roger Tuivasa-Sheck was then compounded by an offside penalty, with Fiji looking to the posts again to re-assume the lead with 18 minutes to go.

That turned out to be all they needed to hold on for an incredible victory, with coach Mick Potter’s side now eyeing further history against the Kangaroos in Brisbane next Friday.