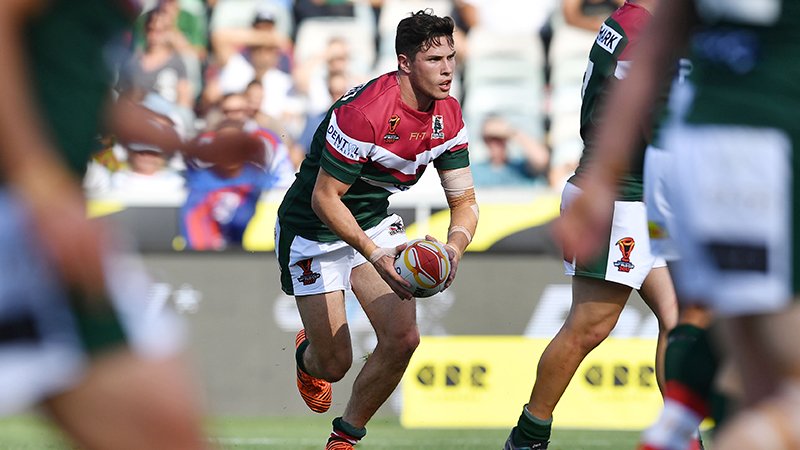 Lebanon leave it late against France in Canberra

A Mitchell Moses masterclass has secured Lebanon their first ever World Cup victory as they defeated France 29-18 at Canberra Stadium on Sunday afternoon.

The playmaker was at the heart of Lebanon’s attack as he scored a try, set up another two and kicked a late field goal in a scoreline that was harsh on the French outfit.

Having not appeared in a World Cup since 2000, Lebanon were dealt a bitter blow before kick-off as experienced second rower Chris Saab was concussed during the warm up and had to be replaced by Adam Doueihi, a 19-year-old five-eighth.

Despite this, the Cedars started the brighter of the two sides as Moses found inroads down France’s right edge.

The playmaker showcased his talent and composure as he sent young fullback Anthony Layoun through for the first try of the match before creating a golden opportunity for Abbas Miski five minutes later. However, the chance was squandered when the Lebanese winger dropped the ball close to the try line.

‌Bastien Ader managed to put France on the scoreboard as Les Chanticleers threw the ball around at will and ran hard at Lebanon’s defensive line. Although William Barthau missed the difficult sideline conversion, the French halfback slotted a penalty directly in front of the posts to level the scores at 20-minute mark.

In response to this, Brad Filter brought on Michael Lichaa and Alex Twal, who had been shifted to the interchange bench before kick-off.

Although Lebanon enjoyed the majority of possession and field position, it wasn’t until the 39th minute that the Cedars were able to break the deadlock. With fresh legs at dummy half, Lichaa managed to bust through the French defensive line before passing to Travis Robinson, who scored to the delight of the vibrant Lebanese fans.

After a tense opening to the second half, France drew level thanks to Ader’s second try of the match after Lebanon failed to defuse a towering kick.

Lebanon once again got their noses in front when late inclusion Doueihi gathered a pin-point Mitchell Moses kick to score under the posts.

The game continued to see-saw as France locked up the scores almost immediately after Damien Cardace had found plenty of space on the left edge as a result of their willingness to shift the ball across the field.

With time running out, Moses once against seized the initiative with a field goal before scoring a sensational late try. The five-eighth gathered the ball in broken play, before chipping the ball over the French defence and regathering it to score.

Lebanon continued their late try scoring efforts as Robinson planted to ball in the corner to ensure a memorable 29-18 victory.

The victory puts Lebanon in prime position to progress from Group A to the quarter-finals.