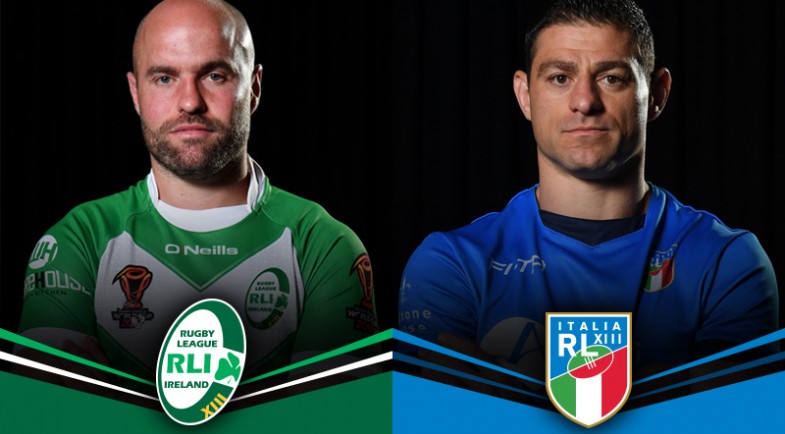 Italy Azzurri will face the Ireland Wolfhounds for the first ever time in an international game of Rugby League in Cairns this Sunday.

2017 will be Irelands fourth World Cup campaign since their debut appearance in 2000.

But following a winless campaign in 2013, Ireland will be out to reaffirm themselves as a competitive Rugby League nation, but they first need to get past one of the strongest Italian sides seen in their short history.

Stacked with the NRL talent of James Tedesco, Paul Vaughan and Nathan Brown, the Azzurri have put together a team capable of advancing past the group stages in just their second ever World Cup appearance.

Ireland will be relying on experience to get them over the line, with Captain Liam Finn and full-back Scott Grix, amassing 38 caps between them. The Wolfhounds will be hoping their experience can kick-start an all Super League pack.

With talent across the board there will be plenty of options for the Italians in attack, but expect NRL fullback James Tedesco to be in the midst of it all.

Tedesco was one of the most exciting players in the NRL and will feature heavily for the Italians with his sharp footwork and blistering speed.

Ireland will need to rely on their seasoned players to shut Tedesco out of the game. Props Brad Singleton and Anthony Mullally are fresh from Grand Final success with Leeds and will add much needed size and strength to Irelands defence.

Ireland showed they also have plenty of attack in their stocks after their most recent game, thrashing Russia 70-16.

But with two different playing styles and the unknown of both teams never playing each other before, Ireland coach Mark Aston knows his team might have to ‘roll their sleeves up’ if they want to win.

“We’ve got to hit the ground running and we’ve got to win that game. There’s no two ways about it,” Aston Said.

“We want to qualify, we want to be in those quarterfinals and we’re not making any bones about that.

“If we’re making mistakes, we need to be ugly. We need to roll our sleeves up and be tough and I think the backbone of this group, I think we’ve got some toughness.