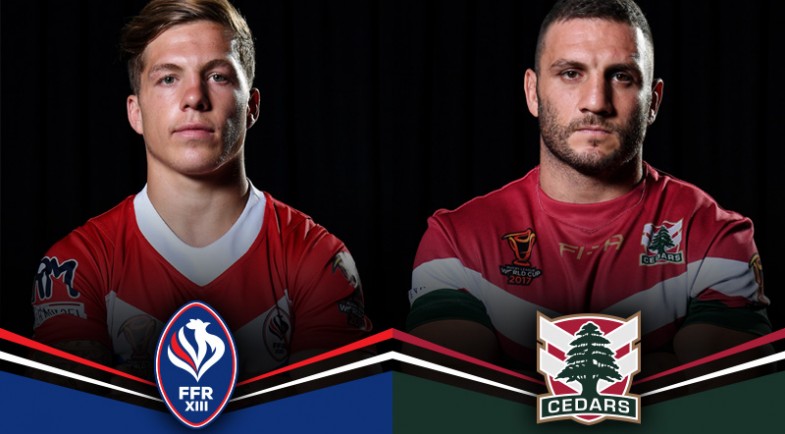 It’s been 17 years since Lebanon qualified for their first Rugby league World Cup, and the developing side will need to beat World Cup veterans, France, in their opening clash this Sunday.

France is one of just three national teams to have appeared in every Rugby League World Cup since its inception in 1954.

But after qualifying for the 2000 World Cup, Lebanon failed to qualify for another World Cup until they beat South Africa two years ago to Qualify for the 2017 tournament.

The clash between the two nations is shaping as a must win despite being only round one. With Australia and England expected to secure the top two spots, the third and final qualifying position will largely been influenced by the outcome of this match.

Having appeared runners up on two occasions, France will need to take full advantage of their World Cup experience if they are to overcome a Lebanon side sprinkled with NRL talent.

But the French squad is not without its own world-class talent, with rising star Theo Fages captaining the side at just 23 years of age.

The skilful halfback plays for St. Helens in the Super League and has been known as a rising star since his last World Cup appearance as a 19-year-old.

Fages will be a key player for France during the tournament, a talented ball runner a prolific try scorer, Fages will be central to the French attack and should feature heavily if they are to beat Lebanon.

Brad Fittler’s Lebanon side, will rely heavily on its NRL talent during the game to provide direction and a platform to build off.

Half-back Mitchel Moses will start in his World Cup debut, and after a successful end to the NRL season Moses is primed to cause havoc for the Frenchmen.

Moses will be tasked with creating attacking opportunities for Lebanon and they will rely on his speed and vision to split open the French defence.

Fages wears his tri colour jersey with pride and will run out onto GIO Stadium on Sunday with the weight of his nation of the young captains shoulders.

But Fages believes in his team’s ability and understands how important this match will be for the rest of the tournament.

“We are going to play with passion. We have a lot of belief” Fages said.

“We are here to play and to win. We believe we can play finals and get past the group stage,

“All the boys realise that we have to start well. This week’s game is the main challenge for us because we know if we win then we are in with a great chance of going through to the quarter-finals.”