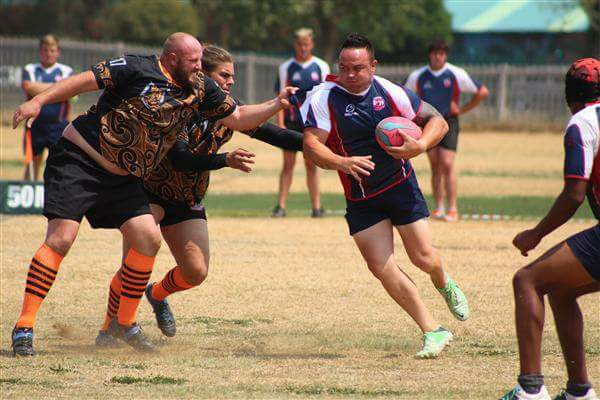 The Elsburg based Bears took full advantage of playing locally to extend their lead at the top of the 2017 South African Nines Championship.

After taking out the opening round of the competition in late August, the Bears were the team to beat at the Elsburg Rugby club on the weekend.

Grouped with the Eru Spartans, University of Pretoria Tuks (Blues) and the Witbank Knights, the Bears successfully won all three matches to secure another six premiership points in the Nines Championship.

In the other group, featuring the Kriel Roosters, Elsburg Mustangs, University of Pretoria (Reds) and Silverton Silverbacks, the Roosters finished top of the pool.

The 2017 South African Nines Championship is made up of four nine-a-side events and features clubs from across the Gauteng and Mpumalanga provinces.

The Elsburg Bears currently lead the competition with 16 points, and are the only undefeated team after eight games. They are followed by the Kriel Roosters.

The third leg of the Nines Championship will be played on Saturday, November 4.