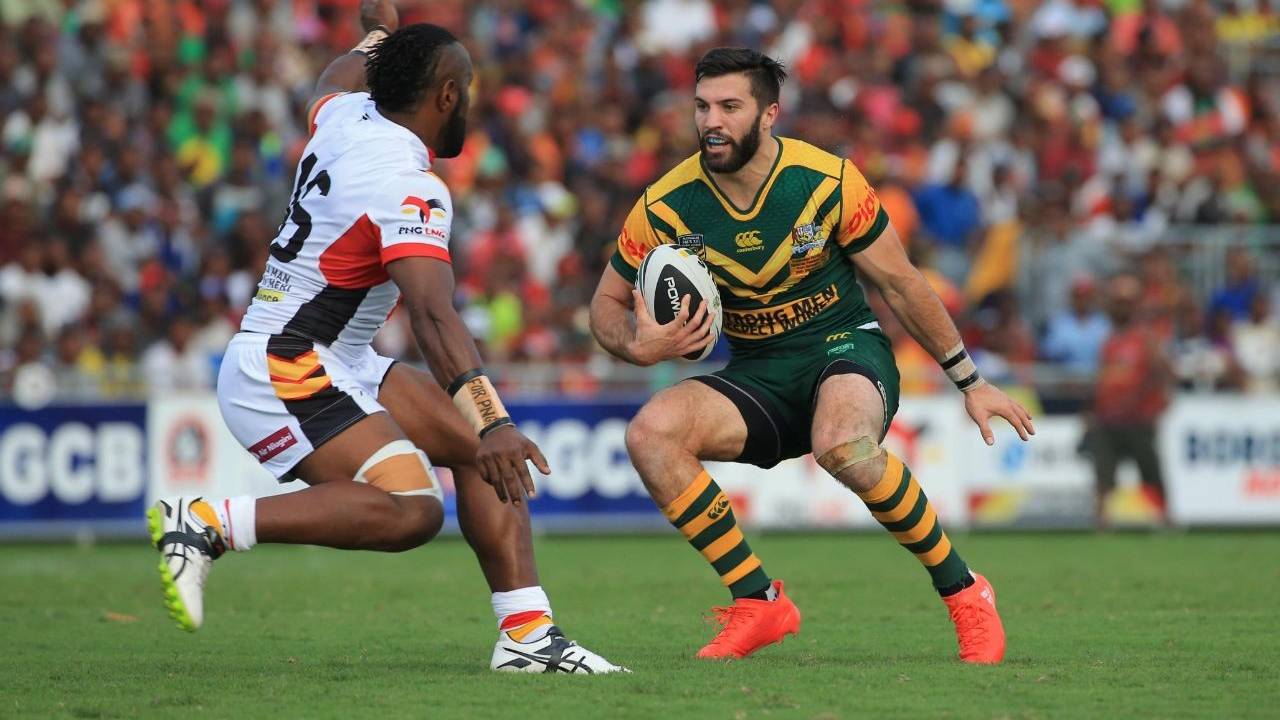 Valentine Holmes, Andrew Fifita, Api Koroisau, Dylan Walker, Jack Bird and Paul Vaughan will take their place in the team travelling to PNG next week, with the match to be played at the National Football Stadium in the nation’s capital.

A further six players in the squad represented the Kangaroos in the ANZAC Test match earlier this year, with Tom Trbojevic the only player yet to have played a representative match at senior level.

With a little more than a month to go until the Rugby League World Cup, Meninga said the annual invitational match would be used as a genuine selection trial for players pushing for spots in the Kangaroos’ World Cup squad.

“I’m absolutely delighted with this team. We’ve chosen the best available players in each position with fifteen of the eighteen players having represented their State already,” Meninga said.

“To get these guys together so close to the Rugby League World Cup is a real coup for our preparations, which will really kick into gear following the NRL Grand Final.

“Some of them have been fortunate enough to have already experienced playing in PNG, but for the new guys, it really is something to cherish. There’s nothing else quite like it.

“I’m looking forward to seeing how everyone gels together in a short timeframe and handles the occasion.”

“Aaron has been a fantastic leader at club and state level for a number of years now and has fully earned this honour,” Meninga said.

The Prime Minister’s XIII will also be involved in a series of events alongside the Harvey Norman Jillaroos including community visits and coaching clinics while on the ground in Papua New Guinea and are supported by the Department of Foreign Affairs and Trade (DFAT).