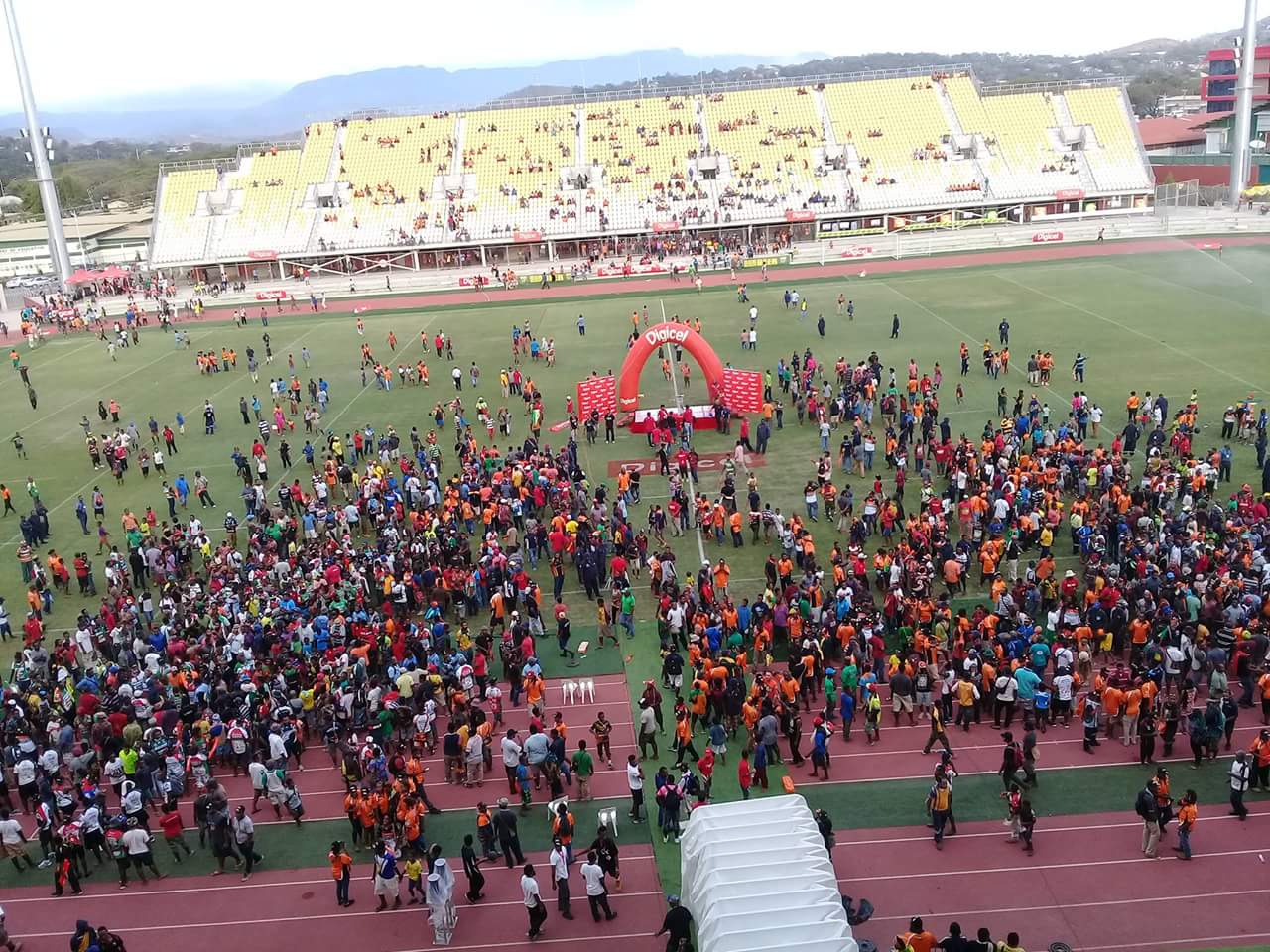 In a tightly fought battle, only the boot of Lae captain, Charlie Simon, could seperate the two teams, with the halfback kicking the match winner in the 91st minute to hand the Tigers back-to-back Premierships.

In warm conditions in the Papua New Guinea capital, it was the Gurias who opened the scoring through centre John Ragi in the 15th minute.

A knock-on at the restart proved costly for Agmark, with Lae crossing shortly afterwards via winger, Billy Paul.

Noel Joel’s successful conversion from the sideline gave the Tigers a 6 – 4 lead which they maintained until halftime.

Despite Agmark controlling possession and field position in the second half, it was the Tigers who would score next, this time via Enoch Sine.

Joel missed the conversion, but Lae still held a 6-point lead, with pressure mounting on the Gurias.

The scores remained 10-all until extra time when Simon lead the Tigers to victory.

Simon was also awarded Man of the Match for his performance in the game.