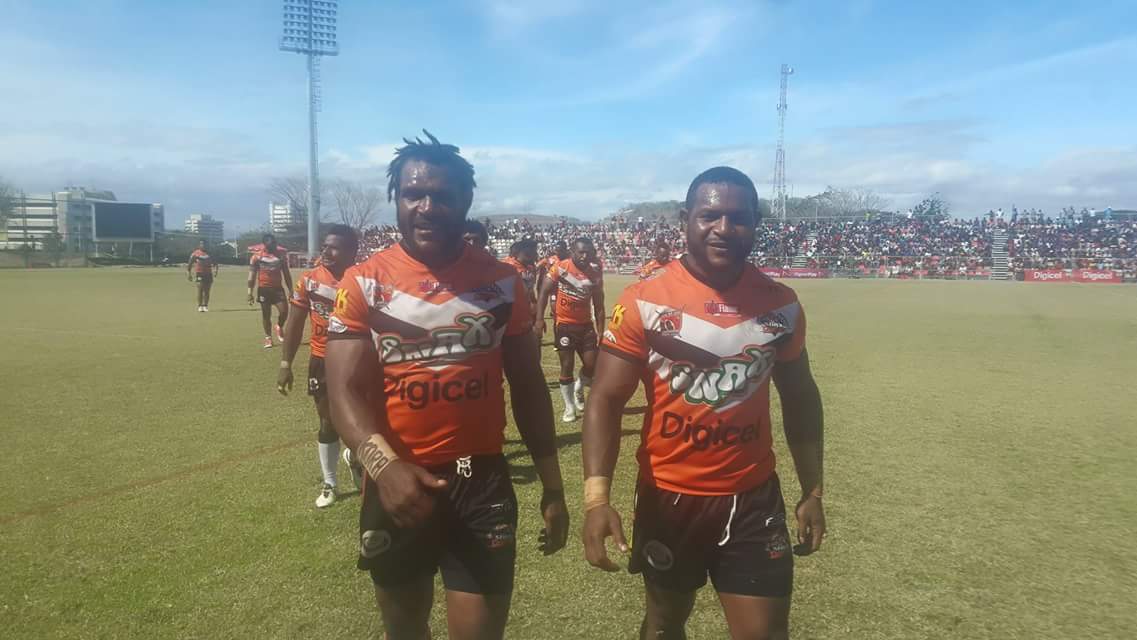 Defending Digicel Cup Champions, the Lae Tigers, are only 80 minutes away from securing back to back Premierships after qualifying for the 2017 Grand Final this afternoon.

Playing the Agmark Gurias in the Major Semi Final at the PNG Football Stadium in Port Moresby, the Tigers recorded a tight 18-16 victory over the Gurias in a tense match.

Down 12-10 at halftime, the Tigers showed their finals experience to record the the two point victory and send the Gurias into next week’s Playoff against the Hela Wigmen.

In the Elimination Semi Final, also played at the PNG Football Stadium, the Wigmen recorded a 17-10 victory over the Mendi Muruks.

The Playoff match will take place next weekend with the winner to face the Tigers the following week.