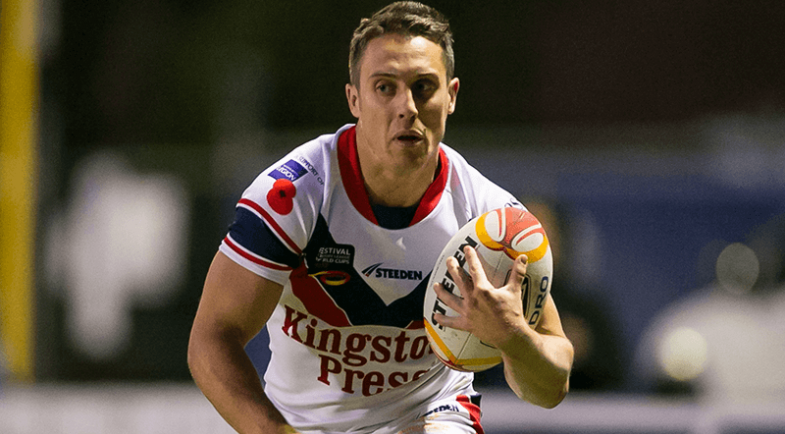 The United Kingdom Defence Force scored their first win of their World Cup campaign with a 40-30 win over the New Zealand Defence Force outfit in their final World Cup qualifying game at the Windsor Sports Complex.

In an entertaining match, the UK team had the upper hand, despite the Kiwis mounting a second half comeback.

After New Zealand lost the ball in the first tackle of the match, Lee Queeley scored from the set following the scrum to set the UK away with a 4-nil lead.

The UK extended their lead in the 10th minute when a lovely Garry Dunn cut out pass sent centre Micky Hoyle on a 50 metre dash down the left wing to score. Ben Rowan converted for a 10-nil UK lead.

After both sides got into the arm wrestle in the middle of the first half, neat passing in the 28th minute from Steve Ratima and Tiatoa Teariki sent New Zealand fullback Logan Afoa away for his first try to get the Kiwis on the board at 10-6 when Jake Foster converted.

New Zealand then coughed up possession from the restart to allow giant prop Jordan Andrade to barge over and score from close range – giving the UK a 14-6 lead.

On the UK’s next attacking set, well constructed passing from Adam Flintham and Andrade sent Sam Breeze over for his first try six minutes from half time. Rowan added the extras for a 20-6 UK lead.

New Zealand were then able to work play downfield for Teariki to step through static goal line defence to keep the Kiwis in the game at only 20-12 down at half time after Mathew Cole added the extras.

The UK then struck just 90 seconds into the second half on their first attack of the second stanza when another clever pass from Andrade sent Steve Wicks over to score. Rowan added the extras to give the UK a 26-12 lead.

New Zealand kept in the match when centre Tevita Faukafa finished a right sided attacking spread to score nine minutes into the second half to make the scores 26-16.

Dunn kept the UK team at arm’s length with a step through poor Kiwi defence to score from a turnover three minutes later, before winger Si Wray looked to have put the UK out of sight when he finished off a right sided attack to score in the corner midway through the second half for a 34-16 lead.

New Zealand then mounted a late second half comeback to give the UK team some concern as they again made inroads down their right hand side in attack.

First, a superb movement through the hands between Afoa and centre Cam Nicholas sent Faukafa over to score. Then, on the Kiwis’ next attack two minutes later, Faukafa returned the favour to send Afoa away in the same corner for his second try. Nicholas added the extras to set up a grandstand finish at only 34-26 down with 12 minutes left.

Indeed, if Afoa had not dropped the ball after fielding a Dunn stab kick on the full and dashing 50 metres down the left wing, the finish could have been different.

However, in the UK attacking set from the dropped ball, Breeze burst over to score under the posts to finally put the game to bed at 40-26 when Hoyle converted from in front.

New Zealand had the last word Nicholas scored the final try wide out in the last minute to complete the 40-30 scoreline.

The United Kingdom and New Zealand teams will square off again for third place in the 2017 Defence Force World Cup at Ringrose Park, Wentworthville on Friday at 1pm AEDT.