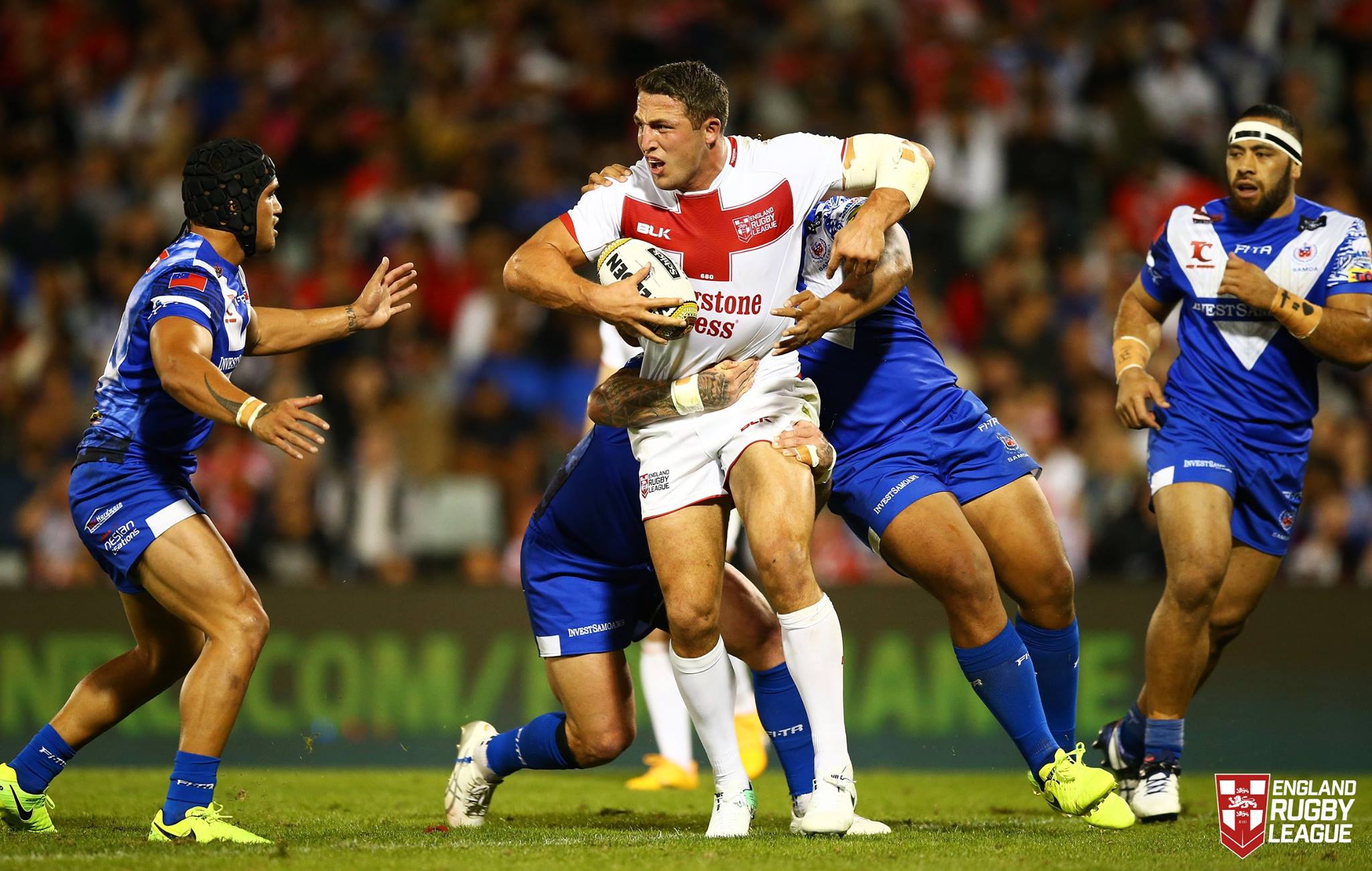 England too strong for Samoa

Composure was the key as England held off stubborn Samoan resistance to record a dogged 30-10 win in front of a bumper crowd of 18,271 at Campbelltown Stadium.

England led from start to finish on the back of superior discipline to join Papua New Guinea and Tonga as winners in another terrific instalment of the Pacific Tests triple-header.

It took just three minutes for England’s much-vaunted forward pack to click into gear with James Graham and Sean O’Loughlin combining to send prolific try-scorer Ryan Hall over for the opener.

Wayne Bennett’s men continued to look the more threatening of the two sides and finally extended their lead 11 minutes before the break when Luke Gale knocked over a simple penalty goal courtesy of a ruck infringement close to the line.

England finished the half as they started with Stefan Ratchford hot-footing his way through some woeful defence to score under the posts to give his side a deserved 14-point cushion at the break.

They might have produced an underwhelming first half but Samoa exploded out of the blocks after the break with barnstorming centre Joey Leilua spinning his way to the line moments after Ratchford had been belted into touch by Antonio Winterstein.

Momentum was well and truly with the crowd favourites but it was England who wrestled back control of the contest when Josh Hodgson backed up a break down the middle to open up a 14-point margin.

Samoa refused to go away and were soon back in it when Anthony Milford got on the outside of his man and then straightened to set up a grandstand finish with 13 minutes remaining.

That’s as close as they’d get however as the British Bulldog, James Graham, bashed his way over from a metre out before Jermaine McGillvary dotted down to put the exclamation point on an impressive English win.