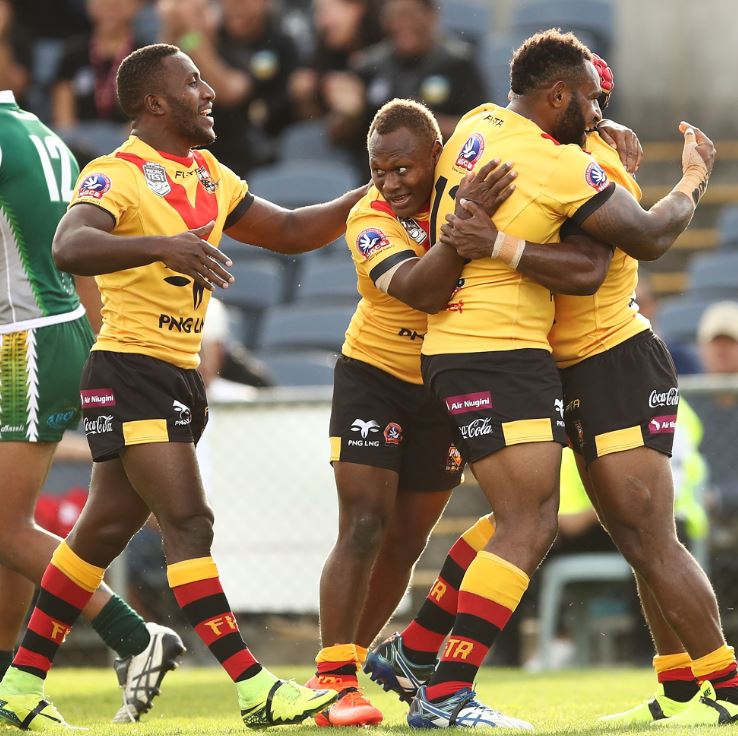 A double to PNG fullback Stargroth Amean proved the difference as the Kumuls edged a spirited Cook Islands side 30-22 in the opening match of the Pacific Test triple-header at Campbelltown Stadium.

In an entertaining clash that highlighted the growth of the international game, Papua New Guinea’s Intrust Super Cup combinations proved telling with the class of their spine enough to get them over the line.

The Cook Islands looked to have turned their dominant start into points when David Munro grounded a deflected Isaac John grubber, only for the Bunker to rule the lock forward offside from the initial kick.

That near miss seemed to spark the Kumuls into life who were rewarded for their decision to turn down an easy shot at goal when Justin Olam produced a sublime flick pass to send Adex Wera over for the game’s first try.

Jono Ford should have given the Cooks the immediate reply when he flew through the air to reel in a cross-field kick, however the former Rooster spilled the ball in the process of scoring.

The Cook Islands’ inability to convert their opportunities came back to haunt them when PNG No.9 Wartovo Puara Jnr benefited from a decoy run by Luke Page to burrow over from close range.

Despite the early deficit, there was a lot to like about the men in green who deservedly halved the margin when Geoff Daniela waltzed over untouched after Charnze Nicoll-Klokstad’s line break had left the defensive line in tatters.

With momentum on their side, the Cook Islands levelled things up in the shadows of half-time when Uiti Baker charged onto a no-look pass from Kobe Tararo to make it 12-all at the break.

Back-to-back errors to start the second half immediately put the Cooks on the back foot and they were made to pay when the man with the best name in the game, Stargroth Amean, sliced through on the left edge to help his side retake the lead.

The underdogs were unperturbed by the setback and managed to hit straight back when Isaac John found Daniela with a speculative chip, before the winger toed it ahead and pounced on the loose ball to bring his side within two points.

Nicoll-Klokstad then produced one of the tackles of the year to deny Wera what looked to be a certain four-pointer, but his efforts in defence counted for little as Amean crashed over two plays later to push the lead back out to eight.

The Kumuls put the result beyond doubt in the 62nd minute when Nixon Put supported a brilliant offload by dynamic No.14 Tom Butterfield to cross for his team’s fifth try of the afternoon.

The Cook Islands had the final say as Esan Marsters stepped his way to the line to give Tony Iro’s men a deserved consolation try.