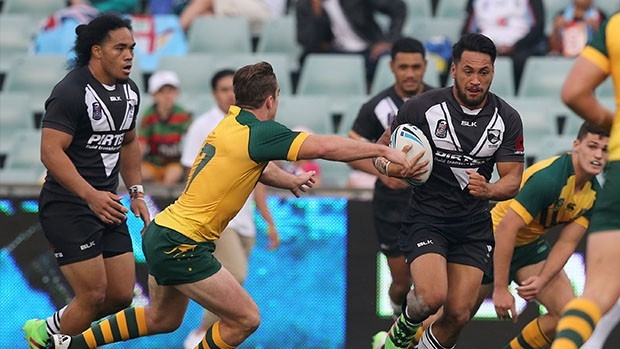 Junior Kiwis Head Coach Nathan Cayless has named his team to take on the Junior Kangaroos in next week’s ANZAC Test in Canberra.

Among the players selected for the May 5 Test is Chanel Harris-Tavita who was named 2016 NZRL 18s Player of the Year and 2016 Junior Warriors Rookie of the year.

Harris-Tavita is one of twelve who will debut for the Junior Kiwis and also one of many who have come through the New Zealand Rugby League pathways and attended the annual National High Performance Camp.

Cayless says he is confident the team has what it takes to be competitive against the Junior Kangaroos.

Both Talakai and Papali’i have already made their first-grade NRL debuts, Talakai in 2016 for the Rabbitohs and Papali’i in the opening match of the 2017 season for the Warriors.