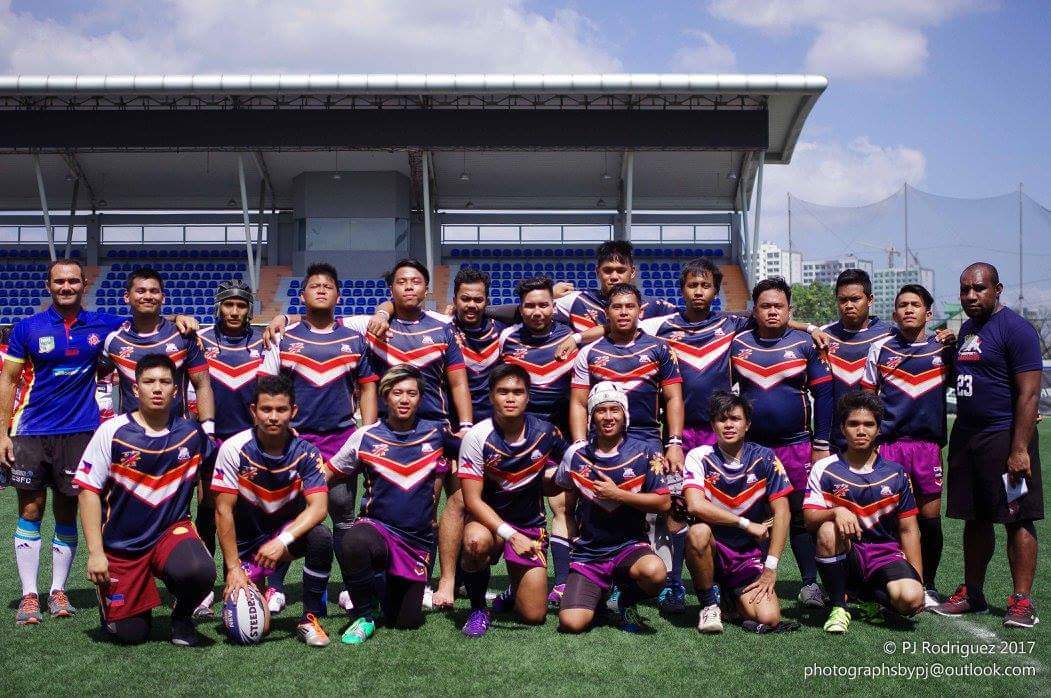 Philippines National Rugby League (PNRL) Vice President Paul Sheedy, on the last minute decided to do a FIFO and fly from Australia to the Philippines, to take part and witness Rugby League history being made in the country.

Supporting an all local Filipino representative team the Philippines Admirals playing their first International match in the country against a touring Hong Kong Residents side.

The Admirals gallantly tried and were rewarded with 2 second half tries, with the historical first by John Franklin Agunod of the Manila Storm team and the second by Jay Caña from the Central Luzon Crusaders team. The 400 strong local crowd cheered empathically as if the Philippines had won the game as John and Jay scored for the country.

For many of the local Filipinos it was their first International match and although the score line wasn’t flattering to the home team, the crowd loved the spectacle and most will be back again.

The Hong Kong side played in great spirits, being fiercely competitive, yet helping the Pinoy players out, with encouragement during the match.”

The emotion of the International match was not lost to the local Filipino players with history making first International try scorer John Franklin Agunod stating:

“I felt like I was going to cry, at the moment when I dove the ball over the try line,
because it’s my first time to score a try for my country in an International game”.

And his fellow International Jay Caña, commenting after he scored the second try:

“I felt so happy, motivated and proud for us Philippines Admirals and us Crusaders for scoring that second try, even though we lost that game. It gives us inspiration and courage to love playing Rugby League.

Having now represented my country it has motivated me to train more, to develop my skills and play hard, to stand again and win.”

In this first International for local players in the Philippines Tim was appointed the national coach commenting:

“It was a massive honour for me to coach the first Local development team. I was actually in tears when I heard the Filipino National anthem. I felt like I’m a Filipino already. I’m really proud of the local boys they played with their heart”.

“The Greatest Game of All” is well on its way to establishing a foot hold in the Philippines!