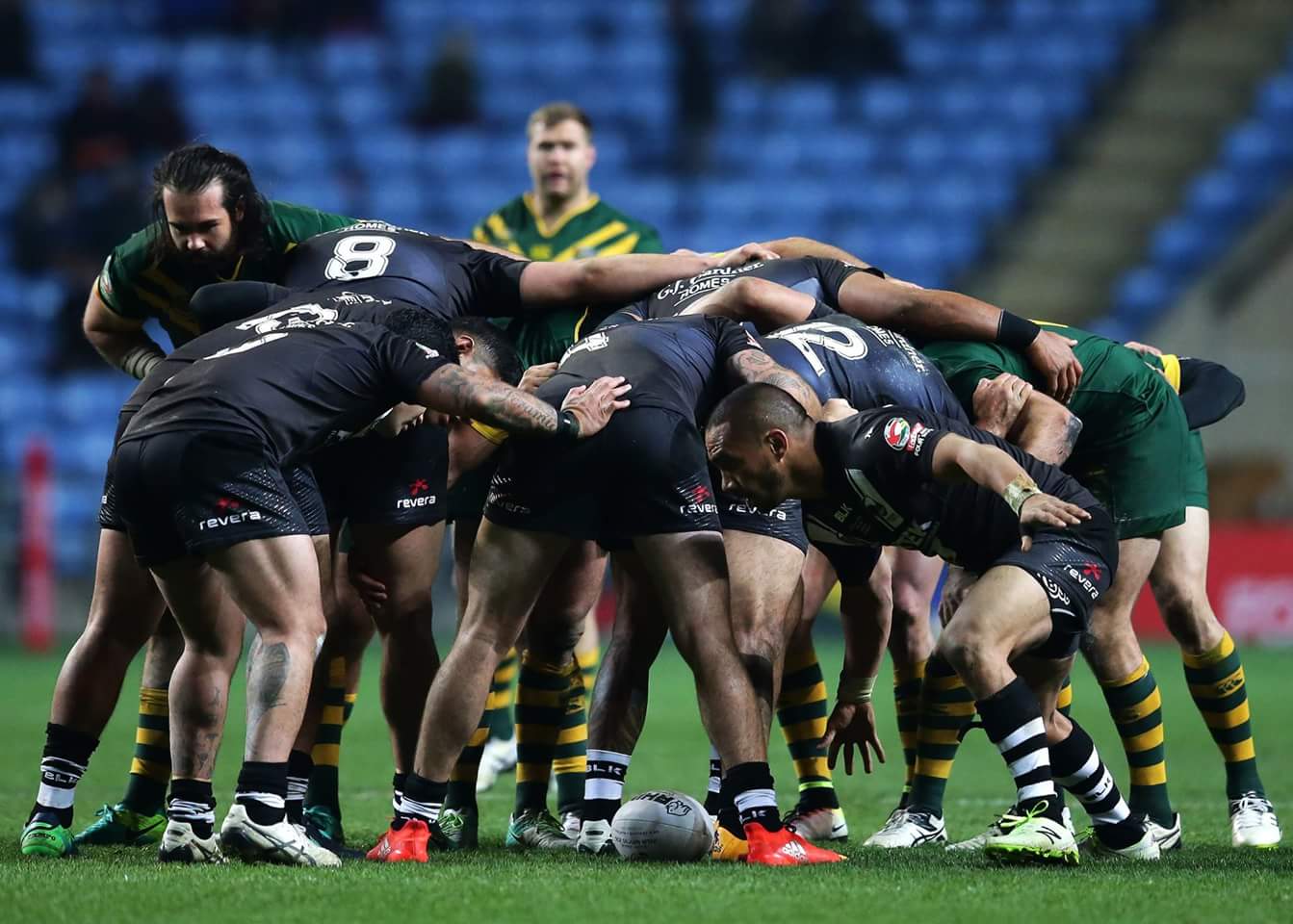 The Kangaroos have continued their perfect 2016 Test record by downing New Zealand 14-8 in the second round of the Four Nations tournament.

Even without regular halfback Cooper Cronk (rested), Australia were able to combat a fast-finishing New Zealand side to inch closer to a place in the Four Nations final at Anfield on November 20.

Kiwis halfback Shaun Johnson almost stole the game from the Kangaroos in the final two seconds of the match but was held up by veteran Australian duo Greg Inglis and Darius Boyd.

New Zealand were ultimately left to lament their performance in the first 20 minutes where eventual Man of the Match Blake Ferguson ran rampant.

Ferguson, who may not have even been in the side if not for Josh Mansour’s ACL injury during the week, scored Australia’s first try and set up the other.

The Sydney Roosters utility’s try came in the ninth minute when he finished off handy lead-up work of Cowboys duo Michael Morgan and Johnathan Thurston – who partnered in the halves in Australian colours for the first time.

Morgan – who replaced Cronk in the Kangaroos’ 17 – combined with Ferguson again five minutes later which led to the winger putting Thurston over for Australia’s second try of the game.

Australia were unlucky not to get a third try when centre Justin O’Neill was denied by the video referee after he was pulled up short by desperate New Zealand defence.

With the Kangaroos up 10-0 at half-time, the Kiwis finally posted points through centre Solomone Kata’s barnstorming dummy-half scoot in the 48th minute.

However poor discipline from Martin Taupau and Tohu Harris shortly after saw Thurston kick a penalty goal to put the Kangaroos eight points ahead.

Ferguson was denied a second try in the 61st minute when Darius Boyd’s pass in the lead-up was ruled to be forward by referee Ben Cummins.

Another Thurston penalty goal in the 70th minute helped Australia to a 10-point lead once again.

A try to Rapana – from a magic Johnson chip-and-chase and no-look pass – with four minutes left on the clock kept New Zealand in with a glimmer of hope.

But Australia’s frantic defensive display from there showed why they remain favourites to take out the 2016 Four Nations tournament.