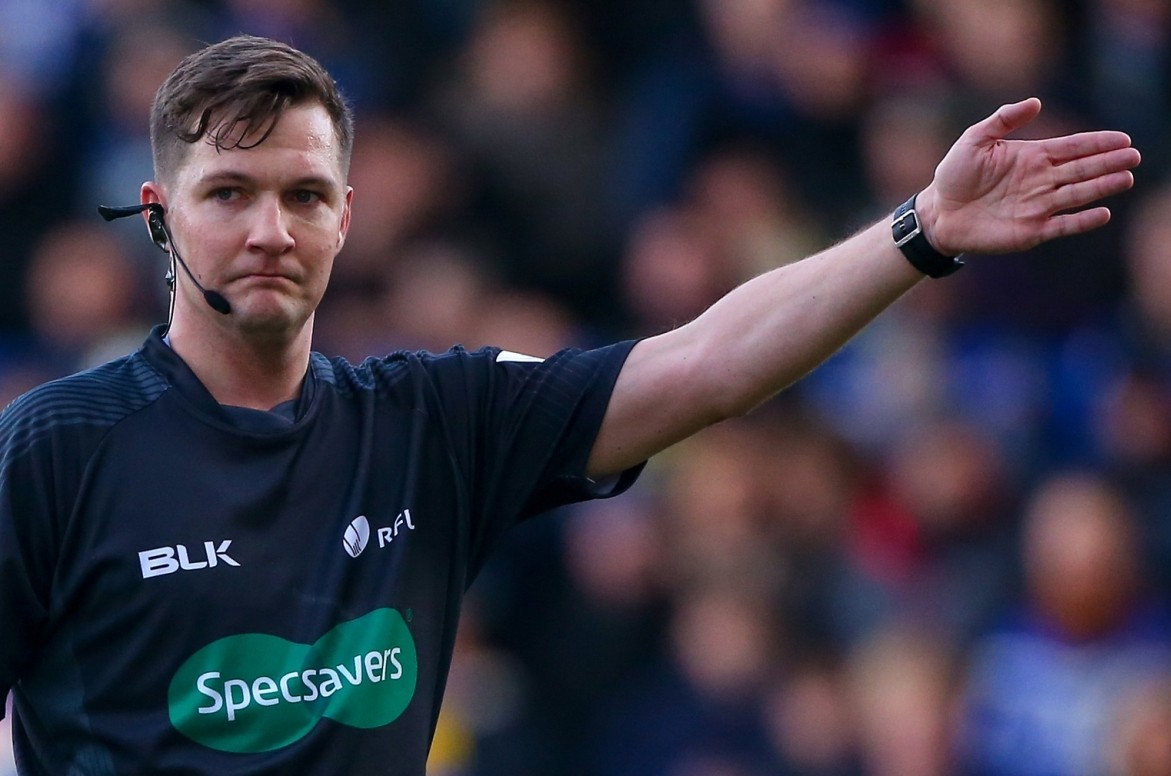 An international panel has announced the match official appointments for the first two rounds of the Ladbrokes Four Nations.

Two NRL referees will officiate the second round of Ladbrokes Four Nations games, the international double header at the Ricoh Arena in Coventry on Saturday 5 November. Gerard Sutton will take charge of England v Scotland and Ben Cummins will be the man in the middle for the game between New Zealand and Australia.

For the first two rounds, games have been graded according to world ranking with the Super League and NRL Grand Final referees (Hicks and Cummins) allocated the ‘top’ two games. As the more experienced international referee Cummins has been awarded the highest ranked game between New Zealand v Australia and Hicks the next game between England and New Zealand.

The match official appointments for the third round of games and the Ladbrokes Four Nations Final at Anfield, will then be awarded on merit, based on the performances of the four referees in the first two rounds of games. The three-person panel making these decisions consists of Steve Ganson (RFL Head of Match Officials), Tony Archer (NRL General Manager Officiating) and Luke Watts (NZRL National Referee Development Officer).

It has also been confirmed that Australian Bernard Sutton will join the Match Officials group as a Video Referee along with, Touch Judge Anthony Elliott from New Zealand.

Speaking about the appointments, Ladbrokes Four Nations Tournament Director, Jon Dutton, said: “A tremendous amount of work and thought has gone into the appointments process and I am very grateful to Steve, Tony and Luke for their vision and collaboration.

“The tournament has appointed four high performing world-class referees who will be joined by an excellent team of support officials. The decision to award matches based on merit rather than country neutrality is a progressive move by all concerned and shows the confidence we have in officials and the focus on recognising and rewarding good performance.”

The full appointments for the opening four matches are as follows: