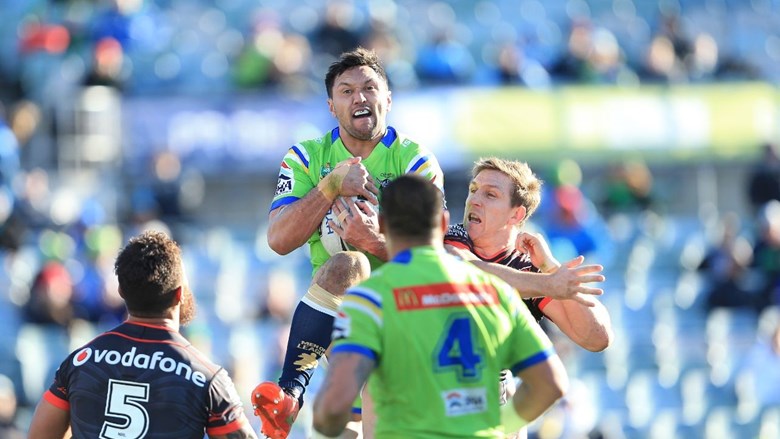 Canberra Raiders stars Jordan Rapana and Joseph Tapine have been added to the NZ Kiwis train-on squad to prepare for next month’s test against Australia and the subsequent Four Nations tournament in England.
The pair join North Queensland’s Dally M Medal winner Jason Taumalolo in the wider group, after their clubs were eliminated from the NRL playoffs in last weekend’s semi-finals.

Rapana has been one of the NRL’s form wings this season, scoring 23 tries and making 26 line-breaks, and leading the competition in both categories.

A former NZ Maori representative, he has also played internationally for Cook Islands, but has made a very strong case for Kiwis inclusion, benefitting from his combination with Joey centre Leilua down the Raiders right flank.

Tapine is a former Junior Kiwi, who transferred from Newcastle Knights to Canberra mid-season and immediately made an impact off the bench.

Taumalolo (Kiwi #786) debuted for the Kiwis during the 2014 Four Nations and last played for the national side against Australia in May.

Their inclusion brings the wider squad to 32, with the final touring group of 24 due to be named next week, after Sunday’s NRL Premiership final.