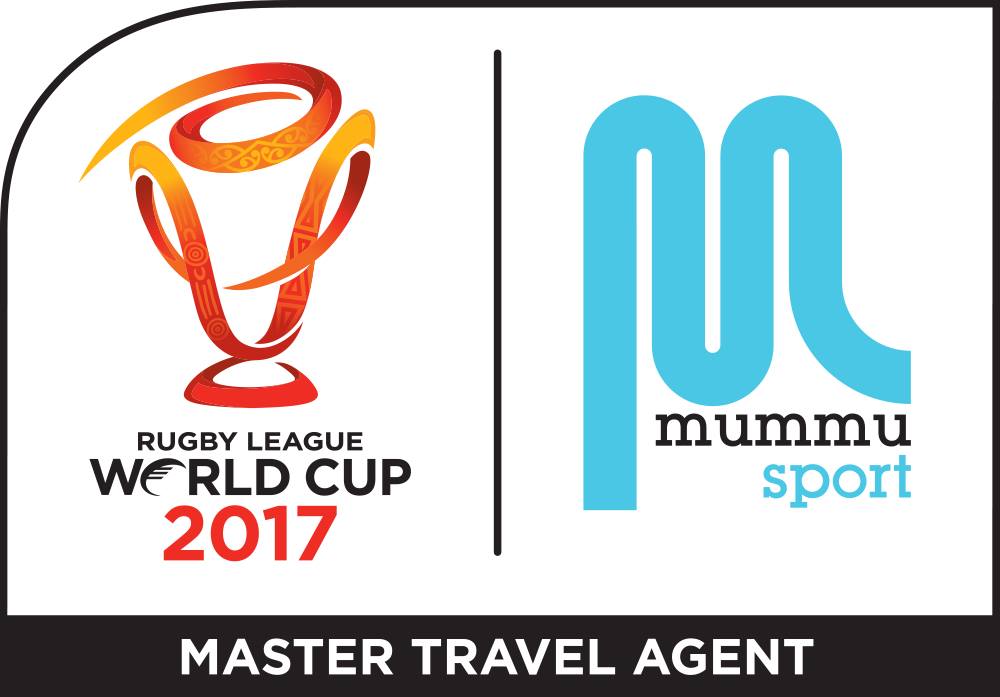 The Rugby League World Cup 2017 today announced Mummu Sport as the Official Travel Office for the tournament which will be staged in Australia, New Zealand and Papua New Guinea from 27 October to 2 December 2017.

RLWC2017 Chief Executive Officer, Michael Brown, said the appointment of Mummu Sport marked an important milestone in the global promotion and delivery of the RLWC2017.

“To have the Rugby League World Cup 2017 contested in three countries provides an exciting dimension to the tournament and we look forward to working with Mummu Sport on delivering a fan experience beyond expectation.”

An extensive range of international and local packages will feature competitive airfare and accommodation deals, and include other exciting event elements such as VIP experiences, official merchandise, functions and hospitality events.

Travel packages will be available from next Tuesday 19th July via www.rlwc2017.com/travel