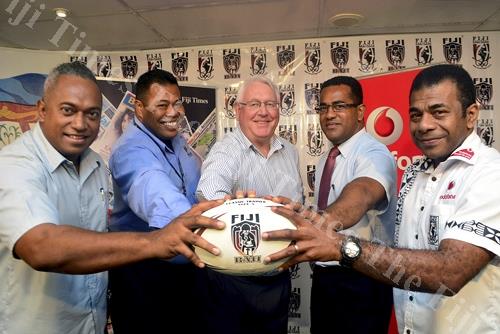 The Fiji National Rugby League has this week announced a partnership deal with the Fiji Times, making it the official newspaper of the FNRL and Fiji Bati team.

Arts said at the announcement that the the partnership was another commitment by The Fiji Times towards the development of sports in Fiji.

“Fiji rugby league has not had the benefit of other major sports with appropriate level of media support. This will now change with the partnership in place. The Fiji Times will support all events, be that local or international. The fans will see the team in a different light, will get to know the players intimately on and off the field. As for other major sports, our reporters and photographers will travel and be part of the team during local games and overseas like the World Cup in 2017,” Arts said.

“We will ensure that our focus and support will be the start of a long and successful relationship. We are signing up for this year and next year with the hope of signing again for the next five years.”

“We are thankful that The Fiji Times have come onboard, particularly in an area that we need and that is media and publication and to let the people know where we are heading,” he said.

“The Fiji Times now becomes the official media sponsor and be part of the growth and development of rugby league to ensure that rugby league has a good name to the public.”