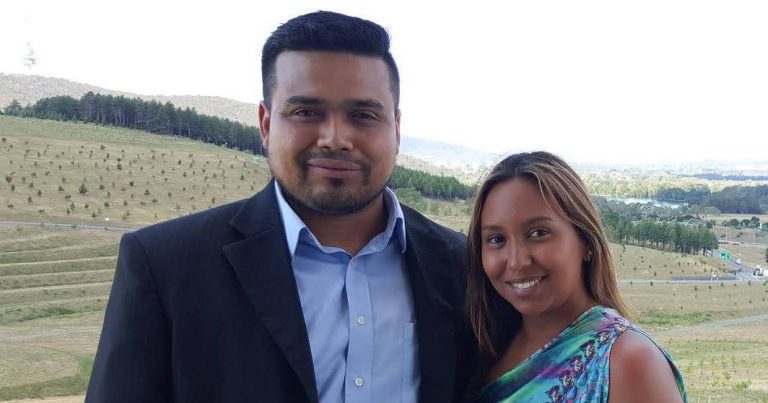 Daniel Godinez, born in the El Salvadoran capital of San Salvador, was unanimously voted into the position, taking charge of a strengthened committee which aims to elevate Latin Heat to the next level of professionalism.

His election coincided with Latin Heat changing legal status from a Queensland Incorporated Association to an Australian Registrable Body, a move which allows the team to admit committee members from any state and apply for a wider range of funding.

Indeed, it was Burgin who nominated Godinez to step into the lead position, with his language skills, business background and football acumen making him the ideal candidate to help continue the organisation’s growth.

Godinez, 31, is the Chief Technology Officer at One Big Switch, one of the chief partners of Latin American Rugby League.Dan Godinez 2

He developed a passion for Rugby League after moving from war-torn El Salvador in the late 1980s and became a lifelong St George Illawarra Dragons fan after Scott Gourley and Nathan Brown visited his school.

A strongly-built forward, Godinez played in several St George junior development teams, and was El Salvador’s leading scorer when they made their debut at the Cabramatta International Nines in 2004.

“Being part of the Latin Heat empowers me to use the skills I’ve learnt over the years in life and business,” Godinez said.

“I’ll be able to make a difference to two causes close to my heart – the Latino community and the game of Rugby League.

“As a member of Latin Heat I’ve met some very dedicated people and look forward to helping this initiative grow.”

Among the priorities for the incoming committee will be appointing a new head coach for the September 30 game between Latin Heat and a combined USA and Canada team at St Mary’s, west of Sydney.

Previous coach Gabe Keegan has stepped aside due to family health reasons, bowing out with a 54-16 win over Thailand Stars in January.

Another priority will be helping to foster the domestic movements currently sprouting in numerous countries across South and Central America.

Delegate to the Americas: Diego Arellano.

*nb Submissions for further appointments to be considered at next committee meeting, July 10.