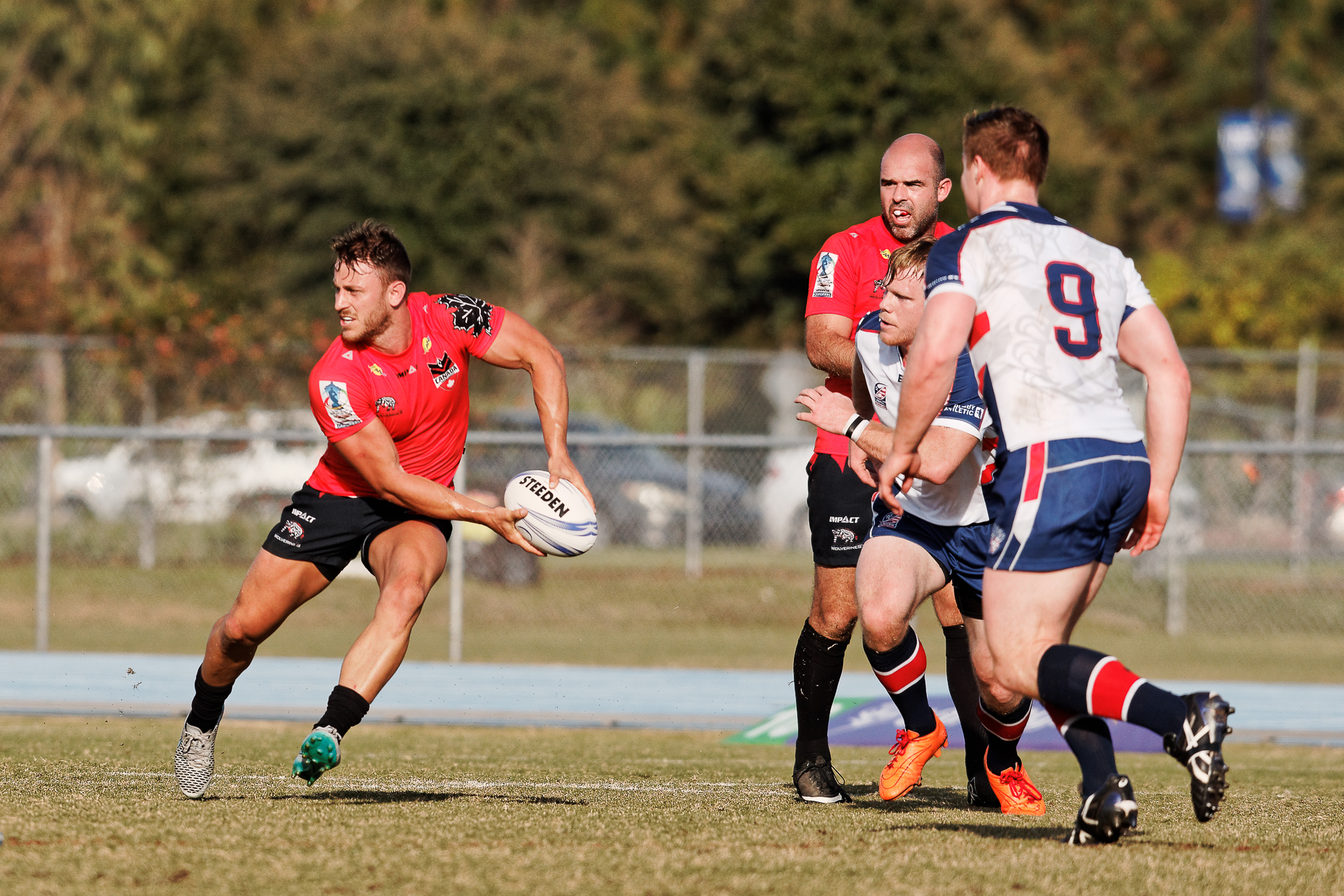 Twelve athletes from the USA and Canada Rugby League systems have come to Australia to improve their skills in 2016 and will come together with Australian heritage based players to show the improvements that they have attained since leaving for Australia.

The twelve athletes who are currently playing for teams across New South Wales and Queensland in Australia are:

The Penrith Panthers and St Marys Leagues Club have shown their commitment to the international game by providing plenty of support in bringing this match to Australian fans.

Nathan Mairleitner has driven the Panthers relationship with this event and he sees it as a great sign for Rugby League in the Penrith area.

“The fact that we (the Panthers Junior League) have the biggest nursery of Rugby League players in the world, not only makes the Liberty Cup and exciting event to be a part of, it’s a huge reward for our community to have it held in our own backyard.”

“It is another great opportunity for the St Marys Junior League club to show why they are great at what they do, to have the management team and facility they offer to host this event is priceless.” Mairleitner stated.

The Liberty Cup signifies the growth of Rugby League throughout North and South America, which has followed further progress in the American continents including the establishment of the Toronto Wolfpack in the English League One competition, the creation of the America’s Cup between Canada, Jamaica and the USA as well as the first ever match between South American nations, which took place last weekend between Chile and El Salvador.

“Liberty is a concept important across the Americas, and lives have been sacrificed in both the north and south to preserve it across centuries.”

“The support of freedom in all its forms is central to what we do at Latin Heat, including the freedom to enjoy whatever sport you like and play in a way that allows natural exuberance,” Latin Heat President, Robert Burgin said.

Canada Rugby League Association (CRLA) President, Paul O’Keefe, has given plenty of his time in getting the match organized and is very excited by the opportunity that the players will get.

“This was another idea that the CRLA fully support and have worked very hard to make it become a reality, just like the newly announced Rugby League America’s Cup!”

“This event is the perfect way to attract attention to all the fine young athletes being produced and how much Rugby League is growing in the Americas region.

“They now will have the opportunity to showcase their newly learnt skills in front of our World Cup Qualifiers Coach Aaron Zimmerle,” O’Keefe said.

Canada Wolverines Coach, Aaron Zimmerle, has agreed to coach the side, bringing in a wealth of experience from his roles as coach of the Tweed Heads Seagulls in the Queensland Cup Competition and also as the coach of the Queensland Residents side in 2016.

USARL Chairman, Peter, Illfield, is excited by the opportunity that the match will provide for USARL players, but also believes it will be a great spectacle for the fans.

“A contest of this nature could turn into an annual event of tremendous interest and support from Australians and the general rugby league community.”

“It’s a great opportunity for USA and Canada heritage players based in Australia joining forces with other nationals currently playing down-under, to form a team and provide another dimension to highlight rugby league in North America,” Illfield said.

The USARL Hawks and Canada Wolverines have a rivalry that is growing each year, yet for the first time their players will be working together.

Roderigus Ceasar has been playing for the Narooma Devils in Australia this season and has represented the USARL Hawks three occasions, two of which were against the Canada Wolverines so he is well aware of the talent that is coming through the Canadian system.

“My first international Rugby League game was in Toronto against Canada and it was one of the toughest matches I have played thus far.”

“To play alongside my Canadian brothers in Sydney is an honor.” Ceasar stated.

Colbey Franko had only played a handful of Rugby League matches before heading to Australia from Canada, but he thinks that the Liberty Cup will be the ideal way to show the improvements that all the players have made throughout their year in Australia.

“When I got here I had the opportunity to be coached by Canada Wolverines coach, Aaron Zimmerle, and it will be a great experience to show the progress I have made in Australia over the course of one season,” Franko said.

USA and Canada Rugby League are joining forces for the first time to take on the Latin Heat in the Liberty Cup – The Battle of the Americas, which will take place at St Marys Stadium, Australia, on September 30 at 6:30pm.