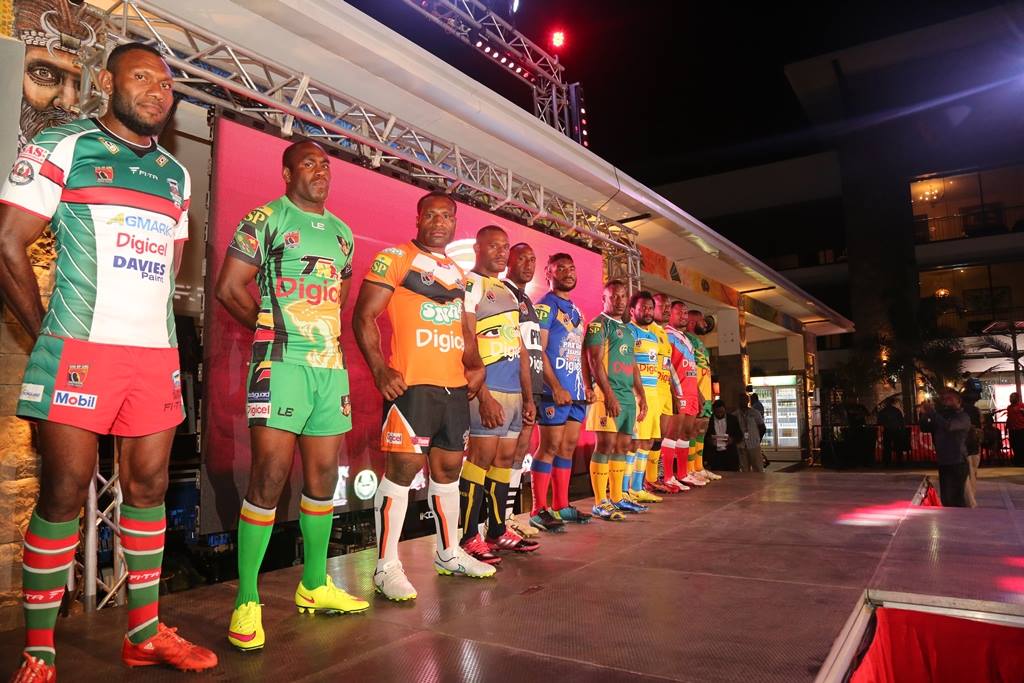 Official sponsors of PNG’s rugby league premiership for the sixth year, Digicel has continuously enhanced the value of the national semi-professional rugby league competition that has provided access to sport, education and career opportunities for the PNG people.

The Digicel Cup has brought together the 11 PNGNRL teams competing for the coveted Digicel Cup and PNG’s NRL premiership title.

As part of the season launch, Digicel announced a host of additional investments for the people of PNG including the grassroots Digicel Cup Community School Program. This school’s program will help promote health and well-being among thousands of school children and instil essential life values through rugby league. Digicel aims to include 44 schools around the country and impact over 13,000 primary school students in its inaugural year.

At the launch event Digicel raised funds with a Charity Kick-Off which saw the team captains raise money for Life PNG Care Foundation, a non-profit organisation that nurtures orphans in Port Moresby.

After much anticipation, the 11 team captains unveiled their new-look home game jerseys.

Speaking on behalf of Digicel, Digicel Play CEO Nico Meyer said it was an exciting time for rugby league fans who will get to see their favourite local teams in action once again.

“The Digicel Cup is a community embedded rugby league competition and Digicel is thrilled to support this year’s season which will include 20 rounds of highly-anticipated rugby league as well as a range of community support programs,” he said.

He added that as the official television broadcasters of rugby league in PNG, Digicel Play was committed to providing live and exclusive content to ensure fans across the country can experience the action from the comfort of their own homes.

“We are very proud to sponsor the 2016 season of the Digicel Cup which will be televised on TVWAN for all our viewers to enjoy,” said Meyer.

Meyer also added that Digicel has invested a significant amount of resources into the development of the Digicel Cup competition in the past five years to bring raise the standard of the game.

“Regional venues this season will include Hagen, Mendi, Wabag, Kokopo, Goroka, Minj and Lae to host their respective team’s home games’, ensuring the Digicel Cup is brought to every region in the country. The National Football Stadium will host the Port Moresby games.

“The PNGNRL has experienced a significant amount of growth over the years and it is thanks to Digicel’s sponsorship of the Digicel Cup and partnership with the PNGNRL over the last five years that rugby league has truly been brought to the people of PNG,” said Meyer.

Digicel Play’s footy show Fan Zone filmed the launch event and will broadcast a special edition episode to footy fans across the country on TVWAN this week. The episode will feature interviews from team captains, franchise owners, Government officials and major sponsors.

The first round of the 2016 Digicel Cup kicks off on Sunday, 17 April.