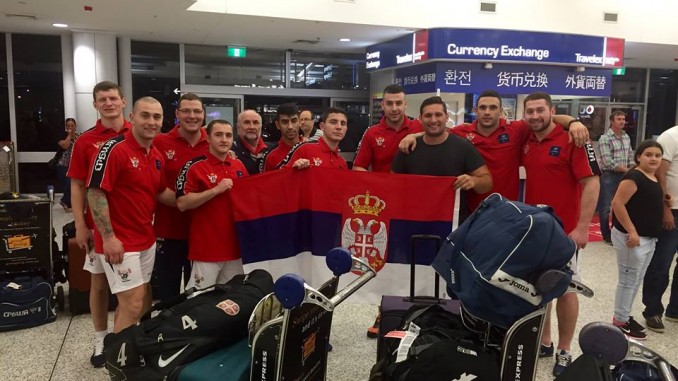 Serbia begin their preparations for the Rugby League World Cup Qualifiers – Europe which take place this autumn, with an historic two week tour of Australia starting this weekend.

They will take part in the international Cabramatta 9s and play an international against the Philippines on 5 February, in the first visit of its kind by the currently 11th-ranked nation.

The squad is made up of domestic-based players, those from Serbia playing in the Australian competition and 12 heritage players, as the pool of talent available increases.

Team manager of the tour Blagoje Stoiljković commented: “We’ve been preparing this tour over a year and it is crucial in our bid to go to the World Cup. Besides the opportunity to play against different opposition, the tour will give us an opportunity to include the Serbian origin players from Australia for the first time.

“Our goal is also to connect with our community there whose support we also need in our historic quest to go to the 2017 World Cup in the southern hemisphere.”

They will be joined by four local players that already have played for Serbia: Ilija Radan, Dejan Lukenić, Milan Radojević and Adam Nedić.

After winning European Championship B last year, Serbia is in Group A of the 2016 European qualifiers for the 2017 World Cup, which will be held across Australia, New Zealand and PNG. They face Wales (15 October, Cardiff City) and Italy (October 22, Belgrade). Only the group winner goes directly to the WC, while the second-placed team will face a play-off with the second-placed nation in Group B (comprising Ireland, Russia and Spain) for the final qualifying place