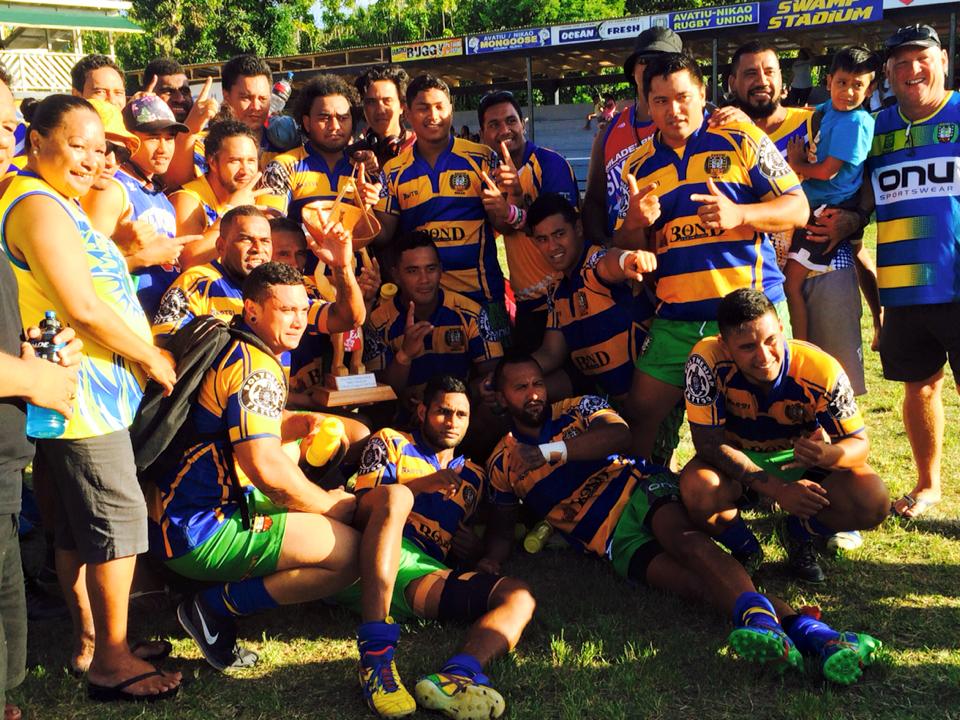 Amidst the bone-crunching tackles and breathtaking guile and pace, the Avatiu Eels emerged on top at the Swamp in the Cook Islands Rugby League Club Nines tournament over the weekend.

The host side displayed power and precision in the inaugural tournament to outclass Titikaveka Bulldogs 35-17 in a fierce final to win the tournament Saturday.

Eels, after a slow start against Takuvaine Warriors with 18-8 win in the opening match of the tournament on Friday, managed to find their rhythm with an unbeaten run on day one of competition.

The streak ensured the Riki Cowan and Albert Nicholas-coached side finished on top after round robin games.

Eels played the Bears in the opening semi-final and managed to overcome a strong challenge from the latter to advance into the showdown with a 12-4 win.

The other semi-final between the Sea Eagles and the Bulldogs proved a nail-biting encounter.

After an impressive display in the opening half, the Bulldogs scrapped away with a close 28-26 win.

In the 5th/6th playoff, Panthers overpowered the Warriors with a commanding 29-10 win.

Arorangi Bears put on a dominant performance against the Sea Eagles with a 20-8 win to claim third spot in the second-to-last match of the tournament.

The showpiece seemed like a one-sided affair after Eels raced away with 25-0 lead at the break.

The Bulldogs led by the likes of hard-hitting paceman Longo Leuta and James Tofelau had a fair share of chances but the Eels defence stood strong to deny them the opportunities.

In the second spell, the visitors proved a much better side, managing to squeeze their way past the whitewash. But the Eels had other ideas, and two more tries from them were enough to seal the win 35-17.

Cowan said the win was a great start to their season as they look forward to successfully defending the domestic rugby league competition title.

He hailed the players for their commitment and for putting in the extra effort to ensure they came out victorious.

“I’m happy with all our games. As I mentioned before, to play well in a tournament like this, we needed to move up to another level and the boys did that,” Cowan said.

“They showed commitment in training and on the game days and hats off to them for the effort.

“This is a great start to the season and hope the boys carry it on from there, which I guarantee they will, and overcome other challenges that lie ahead of us.”