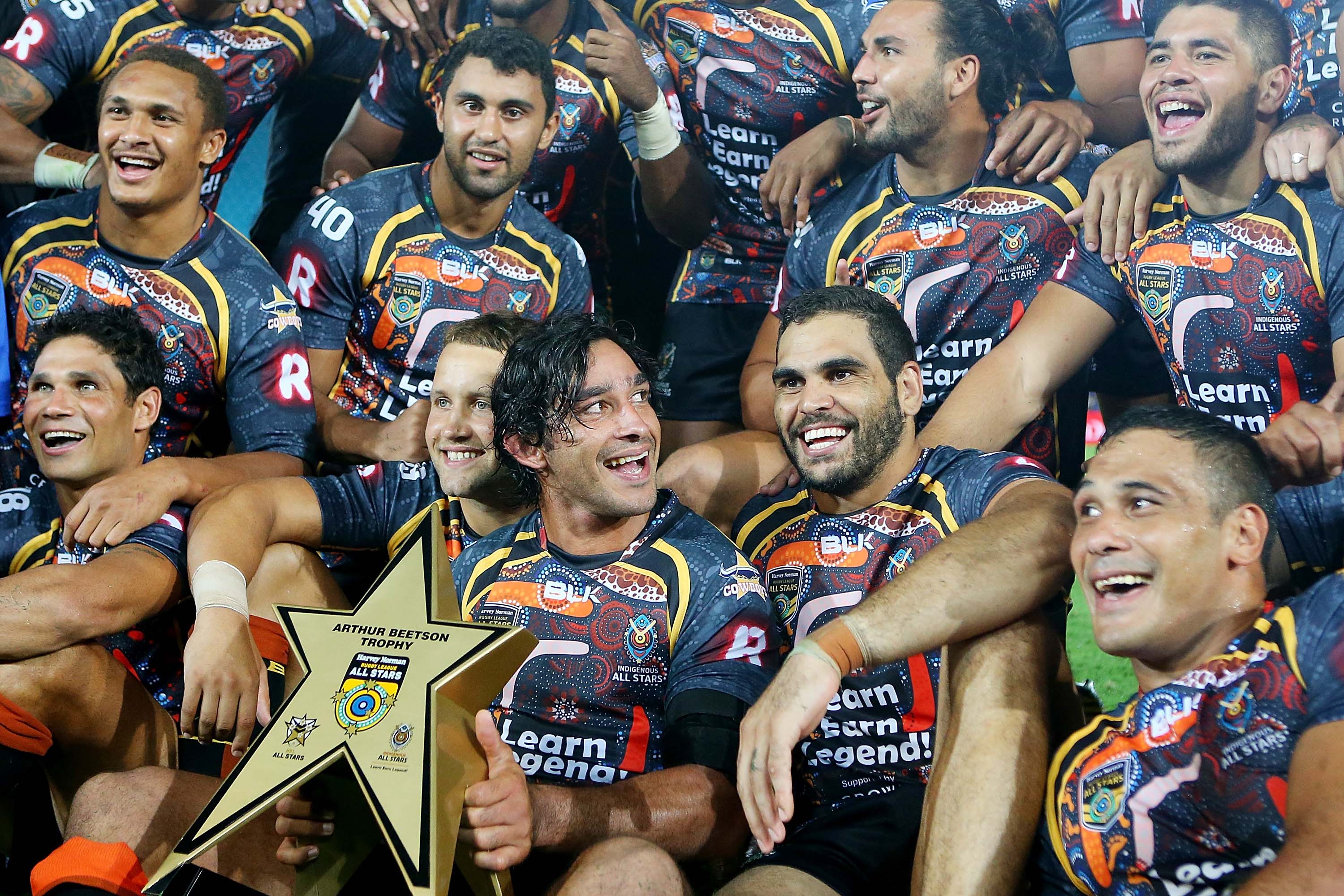 Some of the biggest names in the NRL have been chosen to play in the NRL Harvey Norman All Stars match in Brisbane in February.

For the first time, a World All Stars team has been chosen to take on the reigning champion Indigenous All Stars team at Suncorp Stadium on February 13.

It will include stars of the calibre of Roger Tuivasa-Sheck, Semi Radradra, James Graham and Martin Taupau.

Indigenous All Stars coach Laurie Daley and World All Stars coach Wayne Bennett named their teams in Brisbane today, with both expecting the match to be one of the best in the six years of the match.

Sam Burgess (World All Stars) and James Roberts (Indigenous All Stars) have been included in their respective squads, subject to finalising NRL contracts before the match is played.

Daley said his team would again be headed by Johnathan Thurston and Greg Inglis but would also include emerging stars including Chris Grevsmuhl and Jack Wighton.

“This is such a special game for our players,” Daley said.

“The online voting and competition for positions was so intense – and the players want to be part of this match.

“We have picked a strong side full of players who have represented at the highest level for years.

“And it never hurts to have the Dally M Player of the year and Grand Final hero as your captain!”

Bennett was also full of praise for his side.

“The extended option to pick a World All Stars team means our fans will get the chance to see two high quality teams in the 2016 event,” Bennett said.

“It is a new challenge for these guys to be playing alongside each other rather than against and one that I am sure they will relish.”

“It is a great time for the fans to see both teams taking shape, and to get excited about the game in February next year,” Minister Jones said.

“The new World All Stars concept is supported by the Queensland Government through Tourism and Events Queensland and has created an exciting energy around the match, with tens of thousands of supporters expected to crowd Suncorp Stadium when their rugby league heroes take to the field.

“Major events such as this are vital to Brisbane’s tourism industry, which generates $6.3 billion to the local economy and supports almost 65,000 jobs.”

“This match is a significant highlight on the rugby league calendar and I have no doubt that we will see plenty of support and good will for both teams,” Ms Burney said.

Both teams will be in Brisbane in the week leading up to the match, with a range of community activities planned, including an Indigenous Youth Summit and open fan sessions to meet players.

The two teams named today to face each other at Suncorp Stadium on Saturday February 13 are: