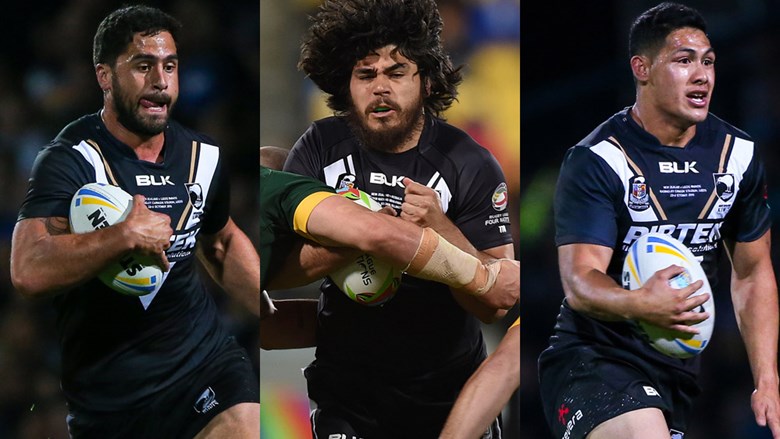 Prop Jesse Bromwich, lock Tohu Harris and fullback Roger Tuivasa-Sheck are the big names contending for Kiwis Player of the Year at the 2015 NZRL Awards.

Nominations for the awards closed two weeks ago and finalists for each category have now been released by the selection panel.

Bromwich enjoyed another standout NRL season for the Melbourne Storm, consolidating his standing as one of the top front-rowers in the game. Clubmate Harris played every minute of all four tests for the Kiwis this year, while Tuivasa-Sheck was named Dally M Fullback of the Year after switching to the #1 jersey for the Sydney Roosters.

The top Kiwis class is one of 12 up for grabs at the annual awards function, scheduled for Wednesday, February 3, 2016 at Auckland’s Maritime Room.

Kiwis Rookie of the Year has come down to a contest between Jordan Kahu and Kodi Nikorima, both of Brisbane Broncos, and the Roosters’ Siosiua Taukeiaho.

Sarina Fiso has a chance to add to two previous successes in the Women’s Player of the Year category. She faces Counties Manukau team-mate Teuila Fotu-Moala and Akarana’s Georgia Hale.
While judges have produced three finalists in most categories, the high calibre of candidates for Female Volunteer of the Year saw four named.