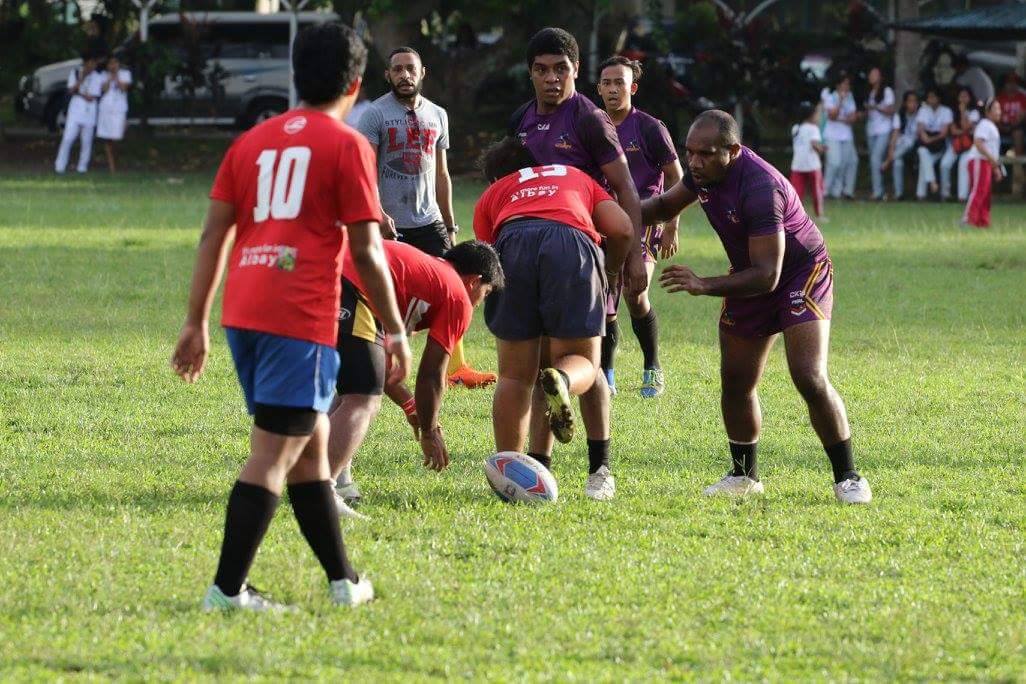 The Manila Storms have defeated Albay Vulcans 36-14 in a milestone setting Rugby League match last Friday December 11 at what can be considered as exotic Bicol University grounds in Legazpi City in the province of Albay, very much different from the traditional football grounds in Australia or Northen England.

With the goal post made out of Bamboo, the game showcased the passion and influence of PNG nationals who form the majority of the players from both opposing Manila Storm and Albay Vulcans.

Easily, one would say the eagerness of the PNG players had rubbed on the enthusiasm for the game among local Filipino players.

PNG is probably the only country in the world where players would get into two vans and leave at 9 pm on a Thursday night and travel for 13 hours to play a game the following Friday afternoon. I was all for the love of Rugby League and introducing it to their Filipino sports aficionados.

PNG national and Manila Storm coach Tim Buipe said his team arrived at Lagazpi city 10am Friday morning and rested for 5 hours before heading off to Bicol University Ground for the 3:00 pm game.

Ric Raymond Bellen the founder of the Albay Vulcans also said that many PNG students in neighbouring provinces who heard that a Rugby League game would be played in Legazpi city travelled for three hours to come and watch the game!

The match was preceded by children playing a 10 minute Rugby game as a curtain raiser.

Read the rest of the story