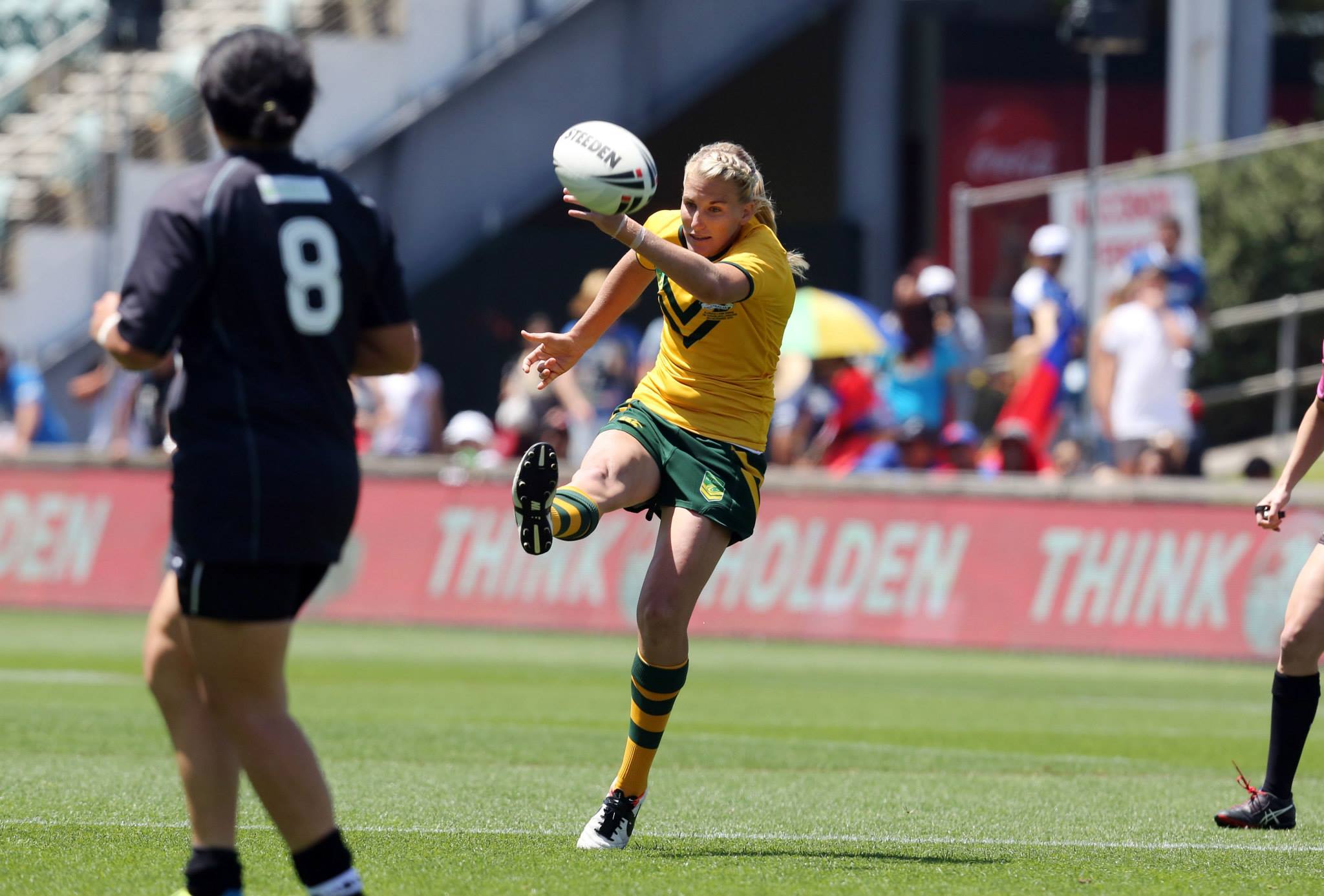 A trio of talent will debut for their country as part of the Harvey Norman Australian Jillaroos when they face the Kiwi Ferns at the Auckland Nines in February next year.

Allana Ferguson (NSW), Corban McGregor (NSW) and Kody House (QLD) will join an extended squad of 16 to take on the Kiwis at Eden Park in a series of three matches during the Nines.

Coach Steve Folks said the squad was made up of a blend of experience and youth, which was an important step as the team looked to build on an impressive 2015.

“We recently held a training camp with a squad of 25 on the Gold Coast and I was excited by how far the girls developed their skills, pace, mental ability and ball work in only a couple of days,” Folks said.

“The team selected will learn from each other and more importantly, will balance each other out.

“They are a committed bunch of women and I have no doubt that they will fly the flag proudly for Australia against our old rivals on the field, the Kiwis.”

Captain Steph Hancock will again lead the team in 2016 and reflected on the team’s achievements over the course of a few short years.

“We have gone from World Cup Champions in 2013 into a Test Match win earlier this year against New Zealand and now we have another three match series again New Zealand in February,” Hancock said.

“It is a great honour to pull on the green and gold for your country and our girls have worked really hard to put themselves in the best shape, both physically and mentally, for the season ahead.”

The Harvey Norman Jillaroos will play three matches at the Nines against the Kiwi Ferns on 6 and 7 February, before a Test Match in May next year.