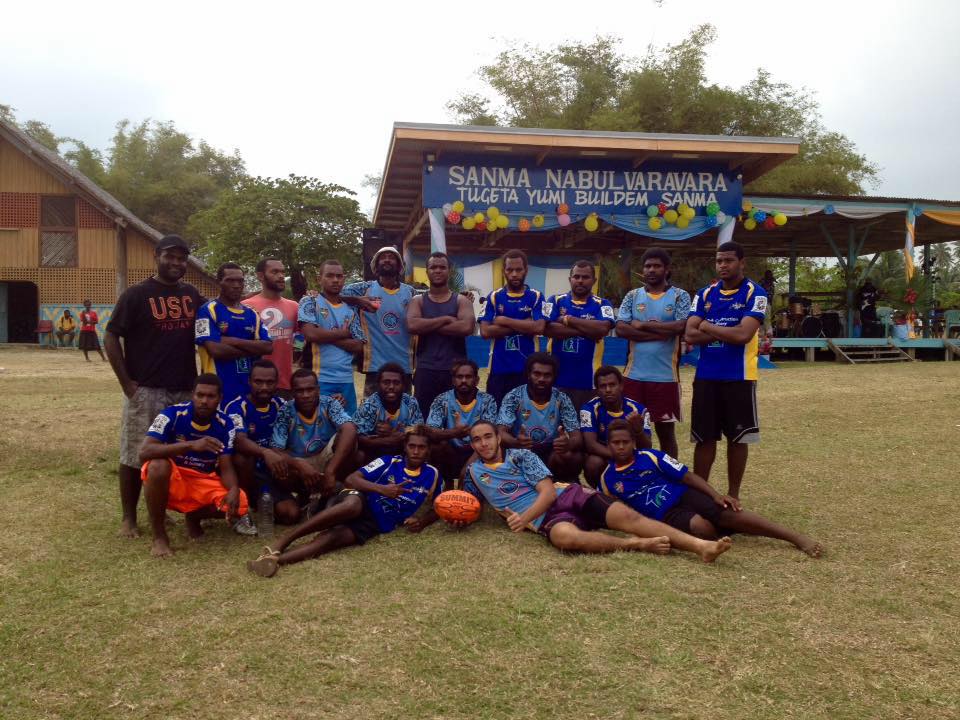 It was billed as the rebirth of rugby league in Vanuatu yet the annual Port Vila v Santo clash promises to unite a nation passionate about rugby league despite not going ahead.

In what has been a year to forget for the game in Vanuatu, the latest blow threatened to be the most devastating of all with the cancellation of flights over several days leaving the vast majority of Port Vila players stranded.

As a result, only four Fire Ants players already in Santo were available to take the field and combined with the entire Santo Boars training squad so that a game – any kind of game – could go ahead.

Players such as Noel Sweni from Port Vila ran onto the ground in Espiritu-Santo wearing his Fire Ants shorts, a borrowed Santo Boars jersey and his Vanuatu national socks, all so that he could play the game he loves.

Such is the determination of those in Vanuatu to see the game succeed that not even a cyclone, omission from the Pacific Games or this latest setback could quell their energy.

It was decided that the makeshift game would serve as the first selection trial for the national team for 2016 and there is a resolve to bring the Santo team to Port Vila before the end of the year so that the Boars and Fire Ants can play the game they were promised.

“After all my years in sport, I really don’t think I have ever felt the way I did on Saturday,” said Port Vila-based Brett Wright, strength and conditioning coach of the Vanuatu national team.

“After all the time, effort, sacrifice and hard work from every player, trainer, coach, administrator, board member, sponsor, footy fan, friends and family involved in the lead up – which was just over 12 months – it was absolutely devastating to have it taken away from us the way it was.

“The players put their minds, body and souls on the line for this game and absolutely ripped in.

“It was devastating to watch my Port Vila boys run out in Santo colours but the bigger picture was that we were all doing it for Vanuatu Rugby League.

“I can honestly tell you that the strength of bond between Port Vila and Santo has never been greater.

“The game could absolutely not have gone ahead even in the manner it did if it weren’t for the tireless efforts of Kevin, Therese and Shirley Henderson in Santo and we’ll do everything we can to bring the Boars across to play the game all these players deserve.”