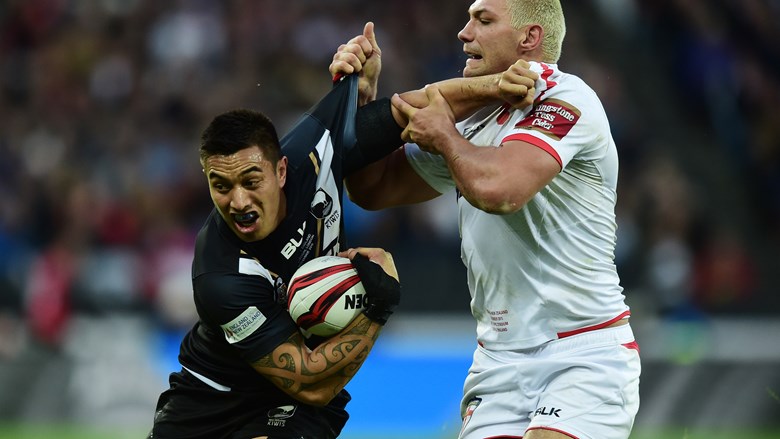 New Zealand Kiwis coach Stephen Kearney has named a largely unchanged line-up for the third and deciding test against England at Wigan’s DW Stadium on Saturday.

Utility Kodi Nikorima, who was a late change at half in last week’s playing line-up and took the field in jersey #19, will run on in #7 this time.

The only other change sees Gerard Beale replace Tuimoala Lolohea in the extended 19-man squad.

In the process, Kearney keeps faith in the group that ground out a 9-2 victory in London, levelling the series at 1-1.

“These lads got the job done last week and it was a good performance from them,” says Kearney, who has now won more games (23) than any other Kiwis coach before him.

“I didn’t feel there was a need to change the team.”

The full squad for Saturday’s test, to be shown LIVE on SKY Sport 2 at 1.45am Sunday, is: