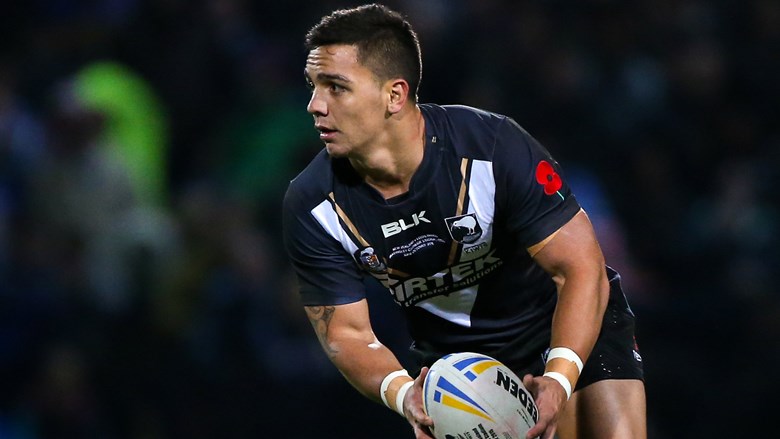 Centre Jordan Kahu, scrumhalf Tuimoala Lolohea, forward Sio Siua Takieaho and utility Kodi Nikorima are in line to earn their first test caps for the NZ Kiwis against England at Hull’s KC Stadium on Sunday.
The quartet debuted for their country against Leeds Rhinos last week and head coach Stephen Kearney has stuck with the group that defeated the champion English club for the opening encounter of the three-test series.

The only changes from that outing are positional, with co-captain Adam Blair and prop Sam Moa replacing Martin Taupau and Ben Matulino in a provisional starting line-up.

“The purpose of last week’s exercise was to give a run to some guys that hadn’t played in a while,” says Kearney.

“It was a matter of building that consistency, that’s why they’ve got the opportunity again this week.”
Kahu (groin) and Blair (calf) both left the Leeds encounter with injuries, but have recovered sufficiently to be included in the extended 19-man test squad. The starting line-up will be finalised shortly before kick-off.

Blair’s calf strain has probably caused the most concern through the past week and he has been carefully managed by the Kiwis medical team.

“That’s still an ongoing exercise and we’ll make a call on Adam as late as tomorrow,” says Kearney. “If he’s unable to take the field, we’ve got some pretty handy replacements.

“Hopefully, for Adam, he will get the chance to skipper the team with Issac Luke.”

The squad for Sunday’s opening test against England, to be shown live on SKY Sport 2 at 5.30am Monday NZ, is: