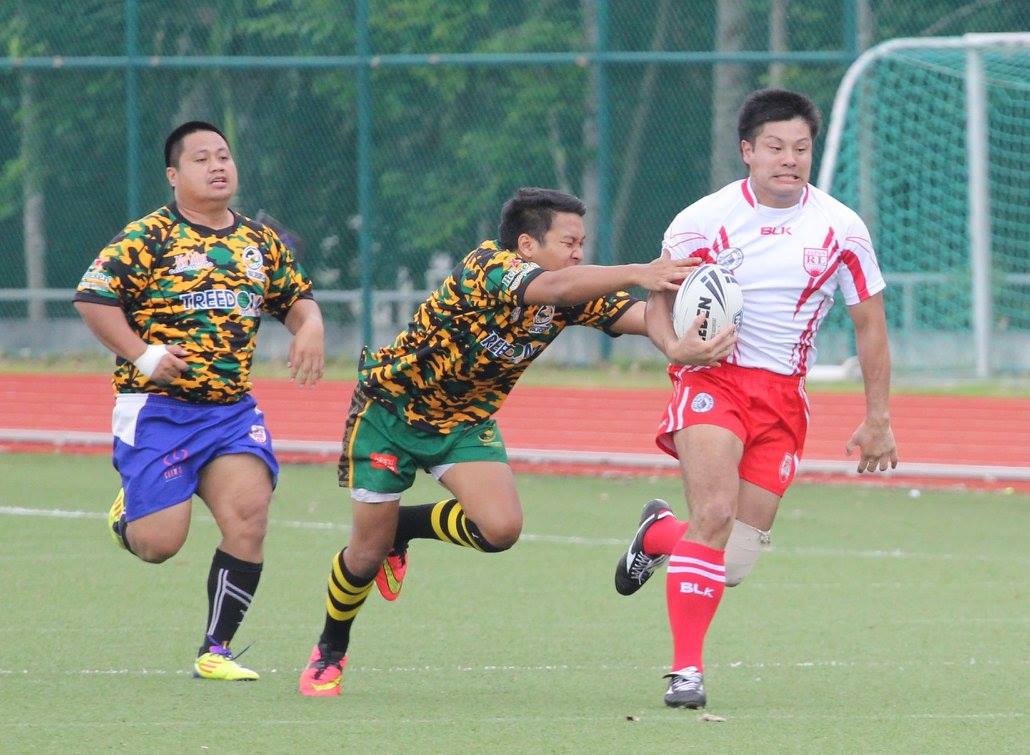 The six team competition consisted of five local Thai teams plus the Japan National team and were split into two pools.

Locals Phuket Cobras and newcomers Mekong Fireballs opened the tournament with the Fireballs scoring a sensational try from the kick off. However, the more experienced Cobras outfit which featured several Australian based players soon got the upper hand and defeated Mekong 24-6.
Japan, battered and bruised from the Asian Cup clash against Thailand two days earlier took on the Southerners Stars which was a make up team of leftover Bangkok Southerners players and Thailand Stars players. The Samurais were too good winning 20-12.

The Cobras backed up to take on last year’s runners up Bangkok Southerners and in what was a high quality affair the two teams were level at full time 12 all.

Who would of thought that Japan would play Chiang Mai in a game of Rugby League? Well it happened with Japan outclassing the debutants with a 14-0 win whilst Bangkok Southerners ensured their place in the Cup semi finals with a close 10-6 win over Mekong Fireballs.
In the final pool match, Southerners Stars were too strong for Chiang Mai winning 20-0 as a thunder shower passed through.

The first Cup semi final was between winners of Pool A Phuket Cobras against Pool B runners up Southerners Stars. The Cobras struck early and dominated possession ensuring they were the first team into the Cup Final with a 18-4 win.

The second Cup semi final was between winners of Pool B Japan against Pool A runners up Bangkok Southerners and what a contest it proved to be. Both teams went try for try until deep in the second half when Japan scored tries back to back. The second try was not converted opening the door for the Southerners to steal the match and indeed they did with a try down the right flank. The difficult conversion was nailed which enabled the Southerners to sneak into the final with an 18-16 win over an unlucky Japan.

Chiang Mai, who were yet to score a try in the tournament scored three to defeat Mekong in one Trophy Semi Final with Japan after leading Southerners Stars 12-0 having to do it the hard way when their match went into golden point extra time. The Samurais broke the deadlock with a try to win 16-12.

PLATE FINAL:
Mekong Fireballs and Southerners Stars contested the Plate Final with the impressive Samen Buasod of the Fireballs opening the scoring with a converted try. Southerners Stars hit back with a try but were unable to convert. Mekong desperately tried to get that final try that would seal the win but were held out. Southerners Stars then scored a great try out wide to hit the front and was able to hang on to win 8-6. Josh Hokianga of the Stars was named player of the final.

CUP FINAL:
Phuket Cobras and Bangkok Southerners got their wish for a rematch in the Cup Final following the drawn pool game. Both teams have been impressive in the tournament. It took six minutes for the first try as these two evenly matched teams battled it out and it was the Southerners who scored first with a freakish try from a kick that was soccered to the line for a four pointer. The Cobras struck back out wide and the scores were level. The final was intense and both teams were giving it their all. Phuket were having a little trouble with their ball control in the second half gifting Southerners possession and they took full advantage with three tries to break open the tightly contested final. A 20-4 lead ensured. Phuket scored a late try and pressed further but at full time Bangkok Southerners proved superior on the day with a 20-8 victory and their first Asian 9’s title.

Southerners’ Jonny Bell was named player of the final and the tournament.