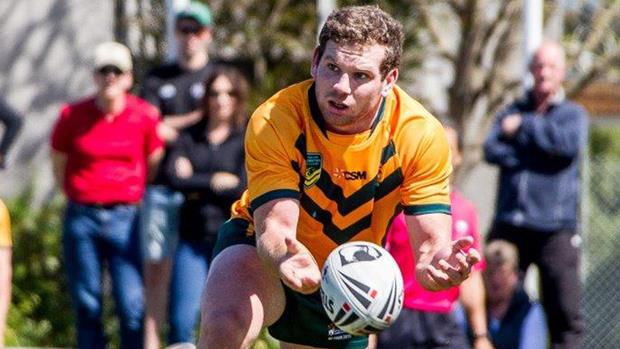 The Australian Universities team has completed a two-Test series sweep of New Zealand Universities with a 24-20 win in Greymouth on Sunday.

The two sides went into half-time locked together at 12 apiece but tries to Jake McManus and co-captain Kelly Benson in the 46th and 56th minutes gave the Aussies a 24-12 advantage that they were able to defend in the final 20 minutes.

Redcliffe pair Mitch Wilson and Nick Timm backed up their strong showings in the first Test with superb performances again with Wilson being named man of the match and Timms player of the series.

A converted try to hooker Chris Otswald and a further penalty goal to Sam Harrold allowed the Australians to jump out to an 8-0 lead but tries to Francis Toetu and Mona Sio saw the home side claw their way back level at the main break.

A second try to Toetu 20 minutes from full-time edged New Zealand back to an eight-point deficit heading into the final quarter but they were unable to add to their tally until the final minute through five-eighth Kane Telea.

Coach Mark Gliddon credited the team’s goal-line defence for their 23-22 win in the first Test on Thursday and Nick Timm said it again held up under pressure in the second half.

“That’s something we really worked on. In the first game our goal-line defence was awesome and we wanted to keep going on with that and our attack came off the back of that,” Timm told NRL.com.

“We completed a lot better than we did in the first game, took the opportunities that we got and the Kiwis really took it to us.

“They’re a real tough side and that was probably one of the tougher games I’ve been in for a while.

“There was a pretty good battle in the middle which was great. We were just lucky enough to get away with the win.”