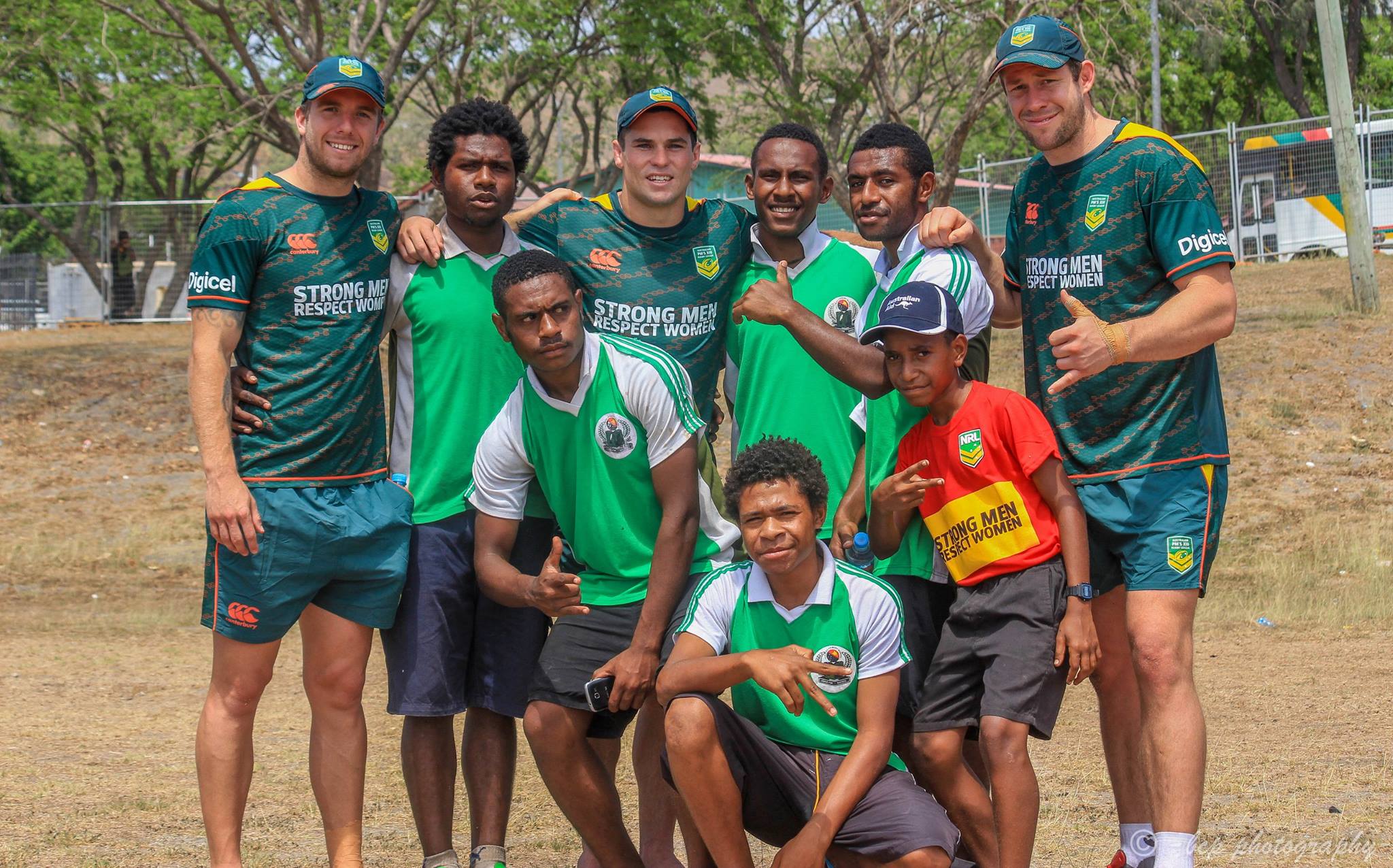 Stars from the Australian Prime Minister’s XIII team and Intrust Super Cup side PNG Hunters have gone on camera to support the key messages of the NRL-run League Bilong Laif (League for Life) program in Papua New Guinea.

Funded by the Australian Government through its aid program, League Bilong Laif uses rugby league activities in primary schools to deliver messages about the importance of education for all Papua New Guineans, and the importance of respect.

The Australian Prime Minister’s XIII team took part in a League Bilong Laif session during their recent visit to Port Moresby, and players recorded a series of video messages that will be screened in schools across PNG to support the program.

Daniel Mortimer (Gold Coast Titans) encouraged PNG students to “find something you’re passionate about and give your life a purpose and a dream to chase”.

PNG Hunters stars including captain Israel Eliab and hooker Wartovo Puara shared their personal experiences of education, and encouraged young Papua New Guineans to stay at school and respect each other. Their video messages are already proving popular with students across the country.

“Education is life so it’s important that all of us go to school and learn as much as you can, so you can improve in your life, and get something that you can benefit from in your future,” Puara said.

“You can see life is very hard for most of our parents,” admitted Hunters winger Stargroth Amean. “To have a better life in the future, we have to study hard in school to have a house, a car and a more simple life than to struggle later on.”

Eliab encouraged students to “respect each other, respect yourself…respect your leaders because they’re the ones that lead you and guide you to the right path”.

The League Bilong Laif program is delivered by NRL PNG development officers in the capital Port Moresby, Goroka in Eastern Highlands Province, Kokopo in East New Britain Province, and Buka in the Autonomous Region of Bougainville.