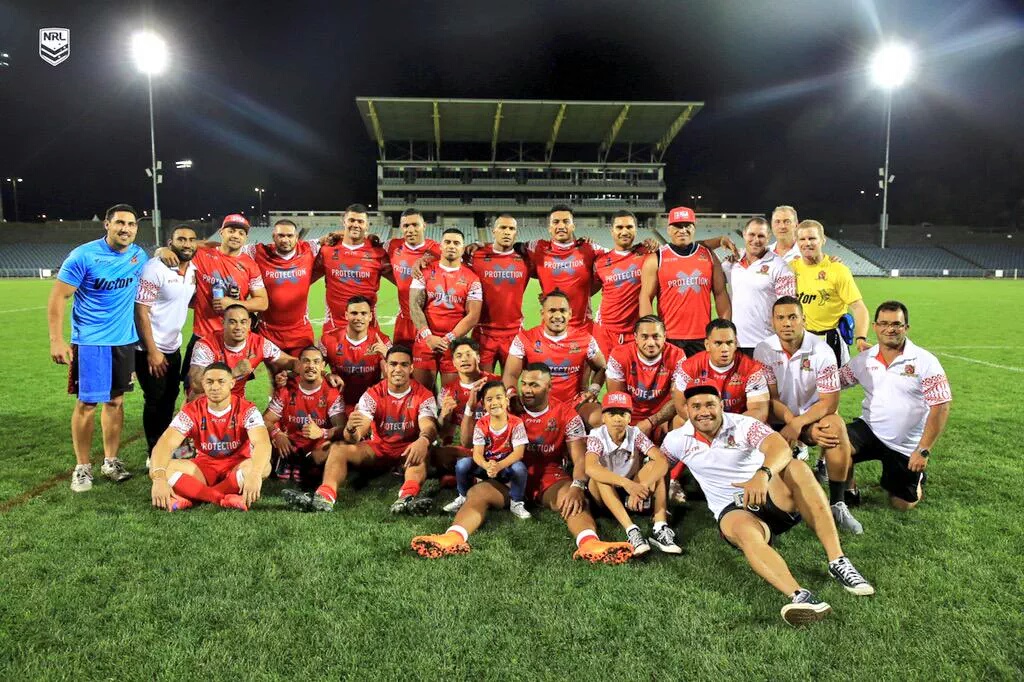 Mate Ma’a Tonga – thanks to a try-scoring double from fullback Solomone Kata – have sealed their place in the 2017 Rugby League World Cup after downing the Cook Islands 28-8 at Campbelltown Stadium on Saturday night.

With all bar their halfback Daniel Foster managing to play in the NRL the Tongans were expected to rack up a cricket score against the inexperienced Kukis yet Cook Islands were able to hold their own – the score only blowing out in the final 10 minutes of the game.

As entertaining as it was, the second half of the contest was heavily marred by errors from both teams as the Cook Islands were looking to reverse Tonga’s slender four-point lead at half-time.

Those hopes were dented slightly when Kata – who found himself on the wing late on in proceedings after struggling to walk for the backend of the game – was able to score in the 62nd minute.

Coming from a magical flick pass from centre Mahe Fonua, Kata was able to cross in the corner on one leg to push the lead out to eight.

But he wasn’t done there with Kata capitalising on a mistake from Cook Islands winger Charnze Nicoll-Klokstad to pounce on the loose ball and score his second in the 70th minute.

For good measure prop Peni Terepo raced away in a long-range effort for a front-rower to score and put the cherry on top for the Tongans and seal the 20-point win – a long stretch from how the young Eels forward started the game.

A mistake within the first 45 seconds of the game from Terepo offered the Kukis the opportunity to score first through Nicoll-Klokstad thanks to fullback Jordan Rapana’s handy lead-up work.

The Kukis were unlucky not to go back-to-back four minutes later when back-rower Esan Marsters was ruled to be offside from Wallace Tangiiti’s pass in the process of scoring.

With their first opportunity in good territory from there the Tongans hit back in the 12th minute when Kata received a magic ball from halfback Daniel Foster, only for the fullback to torpedo it out for winger Jorge Taufua to score.

After a frantic ten minutes it was Cook Islands who scored next in the 23rd minute when centre Anthony Gelling forced his way through Taufua and Mosese Pangai to plant the ball down – with Rapana again doing the heavy lifting in the lead-up.

The Tongans however headed into the sheds up at half-time after Drury Low’s mistimed offload saw Hull FC-bound duo in captain Sika Manu and centre Mahe Fonua link up with the latter racing away 30 metres untouched to score – it would prove the impetus to the victory.